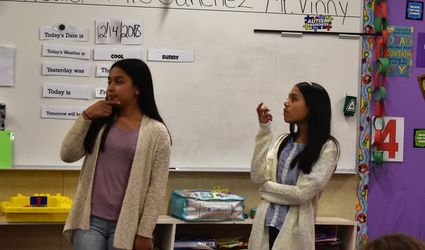 The Regional Oral Language Festival was held recently at Sequoia Elementary School and Shafter students came away with several top places as they competed for a spot in the Kern County Oral Language Festival to be held at Stone Creek Junior High in Bakersfield on January 26. The competition took place on Dec.13.

Competition was held in several different categories, from grades 4-6 and grades 7-8. Each entrant had won at their school and district level to earn the right to compete at the Regional. Students worked for hours memorizing lines, learning choreography to accompany the words and practicing delivery of the pieces.

It was a big night for Richland Junior High, whose students earned two first-place awards and two second-place awards. In the Humorous Solo category, Paula Obeso of Richland received second place for her reading of "No News" by Connie Regan. Addison Fore of Richland got second place for her performance of "Missing Mandy." Capturing first place awards for Richland were Alexander Aguirre for his Humorous Solo and the Richland Junior High 7-8 Verse Choir for their presentation of "Those Three Wishes," by Judith Gorog. Members of the Verse Choir are Mackenzie Akman, Victoria Garza and Laura Neufeld.

In the junior high division , Maple students received a first place for Areli Solis and Alyse Biggs for their Humorous Duo entitled "Dogs vs. Cat."

Maple added a first place in the 4-6 Serious Solo category, with Jackie Reyes winning for her rendition of "The House on Mango Street" by Sandra Cisneros.

The Richland School District stole the show, with students getting three out of the five first-place awards in the 4-6 divisions, along with three second places. In the 4-6 Serious Solo, Tatianna Angulo got second place for "The Kissing Hand." Also receiving second place was Mia Bailey for "Recess Queen" in the 4-6 Humorous Solos division. Richland made it a sweep in the category when Brooklyn Allred won the competition with her rendition of "Pinkalicious". 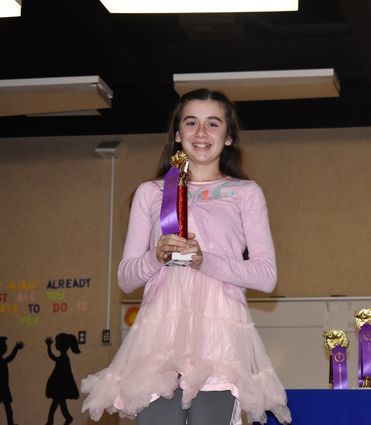 In the 4-6 Verse Choir, the Richland School District team of Camryn Eubanks, Sesilia Rodriguez, Serenity Rodriguez and Quetzal Garcia received second place for their performance of "Barbie" by Gary Soto.

First place in each category will represent the region at the County competition. Principal Anamarie Mendez of the Richland School District told the competitors before the beginning of the event, "We will be competing against each other for the Regional title, but moving on, we will cheer on our Regional winners as one as they go for that county title. Good luck to you all as you compete and to those who will be moving on to go for the county championships."