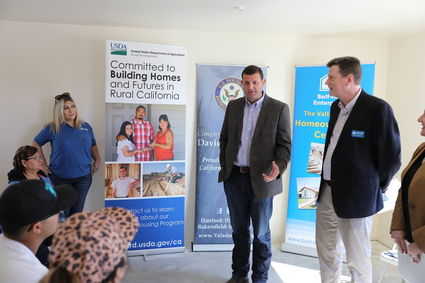 TJ Cox finally defeated Republican Rep. David Valadao last week, with a 549-vote lead after the last count of ballots. Valadao, the three-time incumbent from Hanford, built a lead on election night of over 6 percent, but a number of votes were still outstanding, especially in Fresno and Kern Counties. Cox cut into Valadao's lead with each count, finally overtaking Valadao.

Valadao is considered a middle-of-the-road Republican, in the past getting votes from both Republicans and a good majority of the vote in the heavily Democratic 21st District. The district is 69 percent Democrat, but in the previous two elections, Valadao appealed to the heavily Hispanic-populated district due to his liberal-leaning stands on immigration reform, electing to support reform that would protect those protected under the Dreamers Act, repealed earlier this year.

The two candidates' stances on key issues, such as immigration and health care, were similar. Amanda Ruiz, a local resident, said, "I voted for Valadao in the past because he seemed to really care about the Valley and the people in it. He is a farmer and supports us when it comes to water issues and others that affect our Valley."

But it seems that Valadao's popularity as an everyman in the Valley wasn't enough this time around, ending with a clean sweep for the Democrats as they took control of the House again.

David Swaine, a CSUB student and member of the state Young Republicans, said, "We really thought that David Valadao was one of the strongest candidates on our ticket, not even being on our list of races to watch before the election.

"But it seems a good majority of the district, heavily Democratic, reacted to the heavy push by the Trump administration to reinforce their stance on immigration and chain immigration, retaliating by pushing back against Republican candidates"

The Democratic Congressional Campaign Committee spent $1.21 million during the campaign, focusing on Cox's family history, his last 20 years of raising his family locally and his promise to fight for the people of the Central Valley against the current administration. Valadao has been one of the most popular candidates on the Republican side, with a strong relationship with his constituents.

But according to experts and those involved in the November elections, it just was not enough as the majority of the District voted for change and against the current leadership at the top.