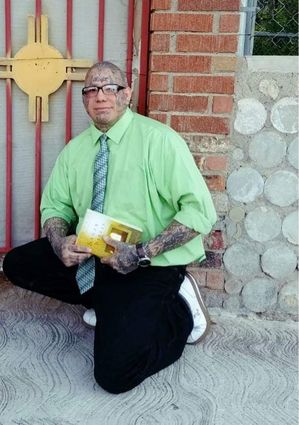 Raul Perez was saved and is helping to save others.

Salvation comes in many different ways and does not always happen at the altar or during a church service.

With Raul Perez, it was in a prison cell.

Perez was saved by the Lord and is now helping to save souls wherever he can, no matter the place.

Perez will be coming to Shafter thanks to Pastor Jim Neal and the First Southern Baptist Church in Shafter. A large evangelistic event will take place at the church Friday, Saturday and Sunday March 1, 2 and 3. The church is located at 250 Kern Street in Shafter.

The event will begin on Saturday, March 1, with a service at 7 p.m. The event will include a large block party starting at 3 p.m., with bounce houses for the kids, food, entertainment and other activities. It will then move to inside the church for a service at 6 p.m. The next day, Sunday's service will begin at 10:45 a.m.

Pastor Jim Neal was sent a clip of Perez preaching and felt a burden on his heart to bring Perez to Shafter. "I think that he will help and touch our community, even the young kids who are in need of a message of hope," Neal said.

Perez was raised in a broken home without a father, which led to bad choices and turning to the streets. Perez joined a gang very young and found love with similar minded individuals with the same type of background.

Perez started using drugs before he hit his teens, landing him in the juvenile system for the majority of his youth. By his early teens, he was addicted to drugs. "I was addicted to anything I could get my hands on," said Perez. "But even in those years, God saw to it that many people I encountered told me about God and Jesus; but I just ignored them."

He was then shot in the street and almost died. He remembered all those who had talked to him about His message and he called out to God for mercy. God answered his prayer, but after the crisis was over, Perez went back to his old ways down a path of destruction.

Perez ended up with eight felonies, two of which were capital murder charges. It was only then, facing what he thought was going to be a lifetime behind bars, that those words resonated in his mind and in his soul. "I began to focus my attention on the realness and power of God. I began to seek Him to change my life," said Perez. 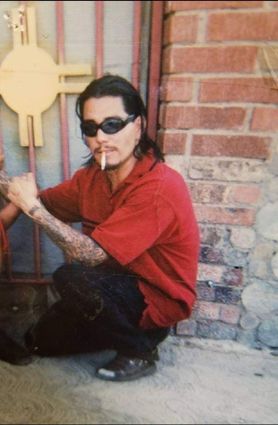 Raul Perez was involved in drugs, alcohol and crime before surrendering his life to Christ.

About a year later, after having faithfully attending church services and being baptized, Perez received his own miracle. The State of Texas released him and set him free from prison. Unfortunately, being released with no family, friends or support around him, Perez eventually found his way back into the street life. Sometimes he would try to return to church, but, "Demons would tell me that I was a traitor and that God would never forgive me again after turning my back on Him."

What followed was 14 long years of drugs, alcohol and crime. An angel in the form of a lady entered his life and gave him a tract and told him that Jesus was the only way to the truth and life that he was destined for. He then totally surrendered to Christ and has been free, sharing Christ with everyone he meets. He gave Jesus his life, and He gave it back to him and he has been praising Him ever since.

Perez is looking forward to telling his story and giving His message to those who might need a change, or just an encouraging word that will touch their soul.