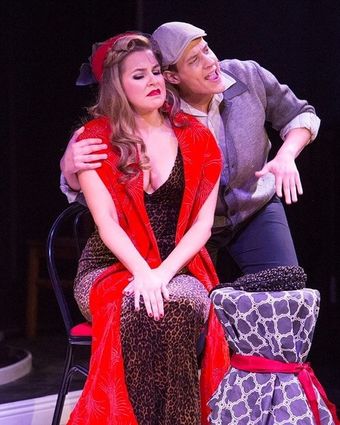 Last year's production of "Dangerous Curves" was a big hit with audiences.

If you have ever gone to the Colours Festival in Shafter, you are familiar with the name Larry Starrh.

Starrh is one of the founding members of the Colours event, together with a few other art enthusiasts who believed that Shafter would respond to an opportunity to enjoy different forms of art, spread out over a weekend, allowing art lovers with a variety of tastes get their fill of local talent.

Starrh has always been interested in the arts. Even when he was driving a tractor or watering a field, the dream was still there, waiting for an opportunity. Starrh worked in the theater for a time before coming back home to work the family's farm. The chance came with the festival, and Starrh has been entertaining audiences with his original works ever since.

Starrh has been producing original shows for the event from its inception. They have ranged from a hilarious play entitled "Dangerous Curves," a show depicting the film noir era, complete with a hard-boiled detective and a sexy damsel in distress, to a touching and funny play called, "The Pew." This show told the tale of what happens when a girl has the nerve to sit in a church pew, usually occupied by a few church regulars who worry more about status, appearance and gossip than about soul savin'. Starrh also delved into the old-time westerns with his production of "The Last Singing Cowboy," a salute to the days of Gene Autry, Hopalong Cassidy and their heroic deeds.

Starrh has years of experience in the arts. Starrh even got a degree in theater in college, majoring in musical theater. "I know it was kind of crazy, but I love creating music and shows and have been surrounded by a wonderful group of people who share that passion."

Starrh said that the festival was something that the Colours Committee believed would fill a need in the residents of Kern County who have that passion, like his, who just needed an outlet to express it. "I found in this county that there is a boatload of talented people, but they spend their days hard at work, often putting their passions for art and music on the back burner."

Starrh and his family went after that dream a few years ago when they decided to turn the old Ford dealership on Lerdo Highway into a theater. The venue was completed just in time to present a production of the award-winning play "Always, Patsy Cline." The production featured local talent, including Amy Adams and Kim Ktrola. 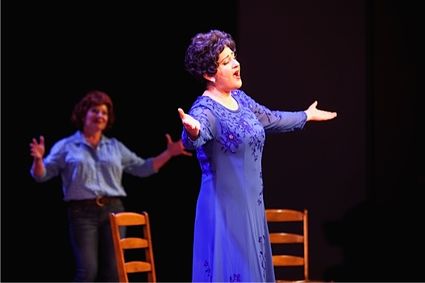 "Always, Patsy Cline" was the first production put on at the Ford Theater.

It was the beginning of what has grown into one of the premier small theaters in Kern County. Starrh has treated the residents of Kern County to a variety of shows at the venue from concerts, plays, even hosting the recent Chamber of Commerce Community Service Awards.

With the Colours Festival kicking off this weekend, Starrh has ventured into new territory with his production, "Engaging Adam". It is a tale of a young bachelor who thinks he is ready to settle down. His neighbor doesn't think he is ready and tried to dissuade him. Add into the mix Adam's other neighbors, the Baron and Lady La Croix, who have seven daughters. They intend to marry of their daughters to the young, wealthy bachelor for sinister reasons. The first performance is Friday night at 7 p.m. – tickets are available at the door.