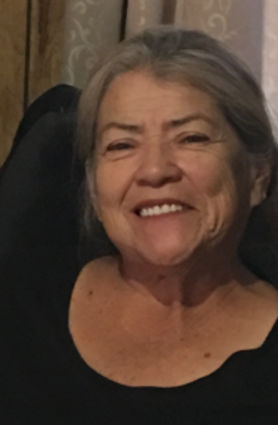 On Feb. 25, Esther Kathleen Armendariz, beloved daughter, sister, aunt, cousin, godmother and friend, departed to be with Our Lord and Savior, at the age of 65.

Esther was born in Bakersfield and grew up in Shafter. She graduated from Shafter High School in 1969 and returned to work at her alma mater as a special education paraprofessional for 37 years. She loved her General Blue and Gold and refused to eat anything orange to never favor the Wasco rivals. She went to Bakersfield College via Hart Park in the burgundy Nova that many of us learned to drive far earlier than we were supposed to start.

She is survived by her husband, Aurelio Chavez; siblings John Armendariz Jr. of Perry, Georgia, Mary Ramirez of Fresno, Sally Gonzalez of Porterville, and Gloria Ybarra and David Armendariz, both of Shafter. She is loved by many nieces, nephews, brother-in-laws, sister-in-laws, stepchildren and step grandchildren and great-grandchildren.

Each of us have our name for her, from Ter Ter, Rhon Thon Toto, Aunt Nester, Turd and Tiger Goe. Esther had her many names for us as well: El Viney, Betty, Blue Boy, Glory, Jasper, Davy Boy, John the Turd, Silvino, Louisa and Cheri. She was "Nina" to many and "Aunt Esther" to hundreds.

Forever there will be a song that we will all hear played that will make us smile and have her face quickly come to mind. She for us will be like her favorite song, "Tapestry":] "A wondrous, woven magic in bits of blue and gold, a tapestry to feel and see,"[END ITAL] and now impossible to hold. You are forever in our hearts."

A Rosary, Mass and Internment of Ashes Service was held on March 5 at St. Therese Church.