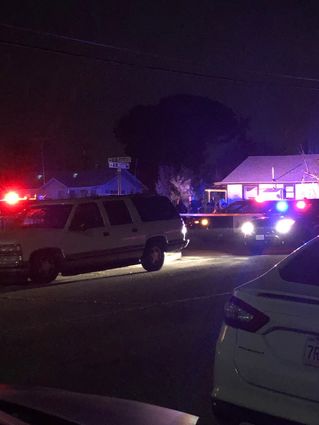 The Shafter Police Department arrested a man Tuesday night who they said had earlier assaulted a woman and her children.

At around 6:30 p.m., the SPD responded to a call to 409 W. Euclid, regarding a report of a domestic violence. A female adult reported that she had been assaulted by Eduardo Orozco, 25, of Shafter. She had fled the residence with her children before the officers arrived.

The officers spent about two-and-a-half hours trying to get Orozco to answer the door or communicate with them.

A Kern County Sheriffs K-9 unit arrived at the scene, and Orozco surrendered without further incident. Orozco was wearing only a towel when he exited the house. Orozco was not injured as a result of the incident.

Captain Diane Barnett said Orozco was arrested and charged with domestic violence and obstructing a public officer and was booked at the Central Receiving Facility.