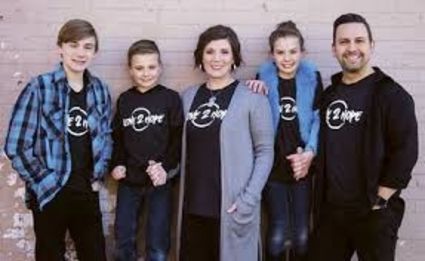 The Levesques will be in Shafter to shed light on human trafficking.

Sean and Kay Levesque were living in Minnesota eight years ago when Kay watched a documentary that would change their lives.

She watched a show on human trafficking, and it touched her and enraged her, knowing that was going on in America.

The Levesques will be in Shafter on April 11 at the First Southern Baptist Church at 6 p.m., bringing local awareness to this problem.

Pastor Jim Neal of the First Southern Baptist Church in Shafter said that the event will raise awareness about a problem that has infected Kern County.

Levesque said that they felt a calling on their hearts to fight this problem and help the cause any way they could.

They volunteered and worked with antitrafficking organizations and became trained ambassadors with Shared Hope International in order to speak and educate on the issues of modern-day slavery.

In 2016, Sean felt the calling to help erase human trafficking by traveling around as a family to raise awareness for the cause. He left his career, sold their home, most of their possessions and bought an RV to travel around the United States. They have been on the road since July 2017 touring to different towns, cities and states, speaking to high schools, youth groups, teachers, health care professionals, law enforcement, hotel and airline staff and churches, helping them identify warning signs and how to report suspected or potential trafficking.

Levesque said that his entire family has responded with a unity that lets him know that they are doing the right thing.

"Giving up their possessions, saying goodbye to all of their friends, being home-schooled and living with everyone in one RV is a big sacrifice, but traveling around serving people and fighting for justice sounded like a great adventure, so they gave it a try, and it has been amazing."

Their organization, Love2Hope, operates through donations only. But, because of the support they receive, they are able to offer all of their training and education free of charge.

Sean and Kay have three children: Conner, Renae and Caden. They are very passionate about the issue, and they all have a role in the operation. Conner, who is 15, is tech-savvy and helps with the video blogs and social media posts. Renae, who is 12, makes bracelets and magnets that they have for sale. Caden, 10, is the family's unofficial marketer and calls himself the "Camper Boy". He loves to help with anything that involves the RV.

In addition to the Shafter event, they are booking appearances all over Kern County in April. "Human trafficking is a problem that affects everyone, no matter your social class, ethnicity, age. We need to eradicate this problem in our nation," Levesque said.