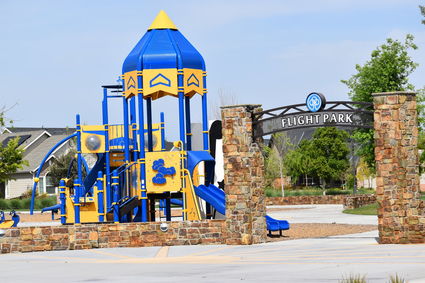 The Gossamer Grove development, which has been expanding since its inception, will be adding another phase soon, with more homes set to be available by July or August.

The development is in the northwest corner of the Shafter city limits near the intersection of 7th Standard Road and Coffee Road.

The first phase, which included homes in the Skye and Savannah architectural series, are almost sold out, according to the builder, Lennar Homes.

The homes in the first phase started at a price in the low $200,000s, more with options. The opening phase has almost 500 homes, with another 173 homes available in the current phase. The prices for these homes begin in the mid $200,000s.

Even though the development is miles outside of the core of the city, it is within the city limits. The City of Shafter has worked together with Lennar to involve Gossamer Grove as a part of the Shafter community. They have held events at the parks for the community – the development includes two parks that have opened, one of which, Flight Park, has airplane-themed play structures -- and also will be holding an Easter event that is for the community at Flight Park on May 13. The Easter egg hunt is open to all, with refreshments and pictures with the Easter Bunny from 11 a.m. to 1 p.m.

The developers say there are retail plans in the future for the community, but it is a wait-and-see proposition. According to Mike Miller, division president for Lennar, "It is kind of a chicken-and- egg thing right now. The residents would love to have retail businesses that they could shop at and frequent, but the retail developers need to see a larger head count in the area before they will plant their business flags."

Miller said that the population in the development is continuing to grow. "The current phase includes 173 homes, and Phase III will have 323 home sites. Phases IV and V are in the planning stages, but also depend on the completion of the sewer project that will connect the community's sewer system with the city's main line that travels to the facility at 7th Standard Road. The community is currently being serviced by the North of the River Water District under a "friendly agreement" through 2027, but that arrangement includes a limit to the capacity that can be used. Lennar believes that plateau will be met by the end of this year, and the city recently committed to purchase land for a direct connection to the city plant

What is not as clear as the rest of the future of the development is what kind of impact it will have on the community of Shafter. While the development is in the city limits of Shafter, it is yet to be determined how the development will integrate into the city. One couple, who bought their home at the beginning of the first phase, said that they love their home, but they almost changed plans when boundary lines were redrawn for school attendance. 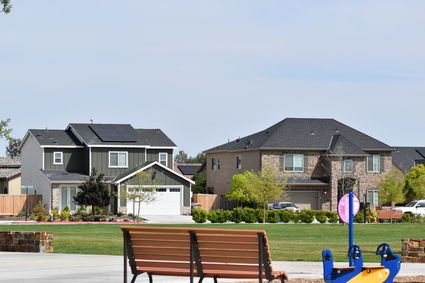 At the beginning of the development phase, the children of homeowners in Gossamer Grove would go to Frontier High School. Then, with Frontier was hitting capacity, the boundaries for the Kern High School District were changed, having the children going to either Shafter High or North High.

It was finally decided that they would be going only to North High School.

The children's parents were wary of the change, but ultimately decided to buy their home and they are happy that they did. "No offense to Shafter High or North, but we didn't agree with the decision to change the boundaries, especially when the majority of us had just decided to purchase homes in the area," the mother said.

There are schools scheduled to be built later in the development's future, but that will likely be years from now.