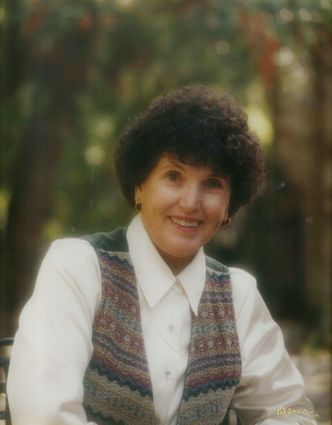 Rita A. Portwood was born on Dec. 13, 1932 in Stigler, Okla., and passed away peacefully at her home in Wasco on April 9, 2019 after a short illness. She was 86 years old and had been in the capable hands of in-home caregivers, as well as hospice care.

Rita enjoyed the family farm life and attending yearly reunions of the extended Mills family. She also enjoyed a cattle ranch she and her husband owned in Springville for over 40 years; she loved the cattle, wildlife and hiking around the hills and along the Tule River. Another pleasure of hers was baking cookies with her grandchildren and great-grandchildren, and making lasting memories with them.

She will be missed by all who knew and loved her.

Rita is survived by her loving husband of 68 years, Ordell O. Portwood, of Wasco. She is also survived by daughter Pam Marler and her husband, Bill Marler, of Springville, Calif.; son Phil Portwood and his wife, Sue, of Wasco. Also surviving are grandchildren Brooke Grigsby of Springville; Brandon Holve of Springville; Kim Hurley of Oak Park, Calif.; and Mandy Portwood, of Wasco. She also leaves behind great-grandchildren: Donovan Grigsby, Ryan Holve, Taylor and Caitlyn Ackerknecht, and Mason and Hunter Portwood; as well as one brother, Donald "Pat" Mills, of Bakersfield.

A graveside service will be held on Monday, April 15, at Wasco Memorial Park at 2 p.m.

Online guestbook is available at PetersFuneralHomes.com.