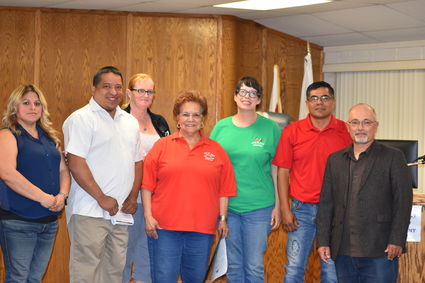 The City Council will pay $4.15 million for a new home for the city's Public Works yard.

The council Tuesday night approved the purchase of land previously occupied by Global Fabricators, near the Shafter CCF facility, at Commercial Way and East Ash Avenue.

The Public Works yard, currently located at 550 North Shafter Ave., has outgrown its space and the new location will have enough space for the recycling station, equipment yard and office space.

"The staff is really excited to be moving to the new location and having a little more elbow room." according to City Manager Scott Hurlbert.

The land is just east of the Shafter Modified Community Correctional Facility. The land is made up of 17.9 acres and nearly 75,000 square feet of office, shop and storage structures.

It is essentially a turnkey facility purchase, with a few improvements required to fully accommodate city staff. The $4.15 million purchase price was approved unanimously council.

In another land deal, the council approved an agreement to sell a parcel of land located at Lerdo Highway and East Ashe Avenue to the Shafter Recreation and Parks District for $747,000. The property was originally purchased by the city as part of an agreement with the SRPD, to assist them with their goal of building a new complex.

Mayor Gilbert Alvarado presented the Shafter Cinco de Mayo Committee with a proclamation celebrating Saturday, May 4 as Cinco de Mayo Day in Shafter. The committee has been holding the Cinco de Mayo Festival in Shafter for 28 years.

The celebration is in honor of Mexico's victory over France in 1862. An overmatched group of Mexican soldiers stunned the powerful French in a defeat that has lived on in Mexican history.

The Shafter committee organizes a large group of volunteers, local businesses and clubs to put on a festival that attracts people from all over Kern County, as well as people from as far away as Nevada and Arizona.

"Several families use this time as a big family reunion. They will gather together and celebrate at the festival," said Deanna Rodriguez-Root, the president and one of the founders of the festival.