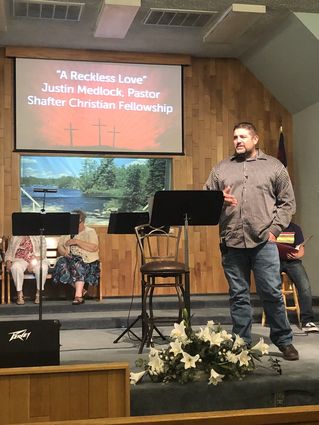 Held at the First Southern Baptist Church this year, the service began with a stirring praise and worship time. There was also special music at the service, including a rendition of "Blessed Redeemer" by Jamie Carrasco. 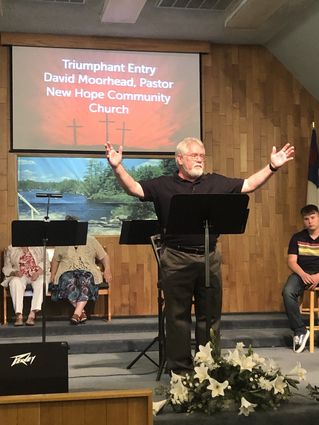 Pastor Jim Neal and the praise team lead a song of worship.

Pastor Dave Moorehead of New Hope Christian Church opened the messages with "The Triumphant Entry," telling of the appearance of Jesus Christ and His ultimate victory over death. Shafter Christian Fellowship's Pastor Justin Medlock spoke of "A Reckless Love." Medlock told of the challenges facing Jesus as He showed His followers his powerful and miraculous life.

Pastor Jim Neal of First Southern Baptist Church concluded the service with "When Silence is Golden."

Pastor Neal wanted the attendees to know that sometimes silence is a more powerful thing than a voice. He also told of how Jesus made some of His most powerful statements by being silent, teaching with his actions rather than words.

The service saw people from all denominations coming together as one body.