After 60 years of service, Arly's 'thanks God for Shafter' 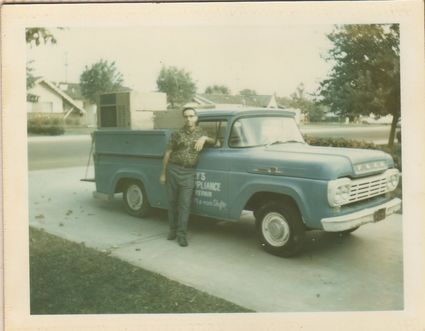 Fiel with one of his original trucks.

The Shafter Press featured Arly's Appliance back in 2009 when they were celebrating 50 years in business. Well, almost 10 years later, they are still going strong and are nearing another milestone anniversary.

They had three different storefronts through the years, all of them on Central Avenue. Arly acquired the Maytag franchise in 1968, and they still have it today. As Arly loves to say, which is now his son Rod's motto, "We sell the best, and we service the rest."

Although, according to Rod, there is not as much servicing on some of the appliances, as they are not made the way they used to. "Before, you could look at a washer that had broken down and diagnose a bad timer. All you had to do was put a timer on it and $60 later it was fixed. Nowadays, everything is built solid state; you cannot replace just one part; you end up having to replace a whole board or system, which can cost as much as $400," Arly said.

Rod Feil worked with his dad during his junior and senior years in high school. Rod took two years off when he went to school at Fresno Pacific. Rod came back and worked in the shop, while Arly made service calls. This arrangement switched when Arly's eyesight started failing. As his eyesight got worse, Arly would stay in the shop and Rod would go to service calls.

Rod said that his dad's blindness has almost been a blessing in disguise as it has enabled him to have a special relationship and bond with his dad. "It has been a gift from God to be able to work with my son Rod for all these years," Arly said. 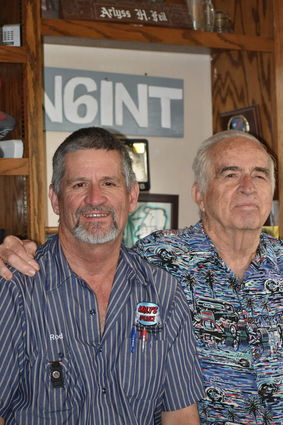 Arly Fiel and his son, Rod, in their shop.

Rod said that he and his dad are thankful for the community of Shafter for their support through the years, and they consider themselves lucky to be a part of this community. Rod said, "I thank God for Shafter, and we think that they have been so good to us." Arly added, "It is true that Shafter has been so good to us through all these years, but I also like to think that we have been good for the community of Shafter as well."

Feil also said that a big part of their success is by believing in the Lord and His plan and treating every customer with a servant's heart. "We always look at our jobs as we were trying to fix our own machines, what would we do if this was our own house?" That is a big reason why people have trusted us with their business for so many years and generations.