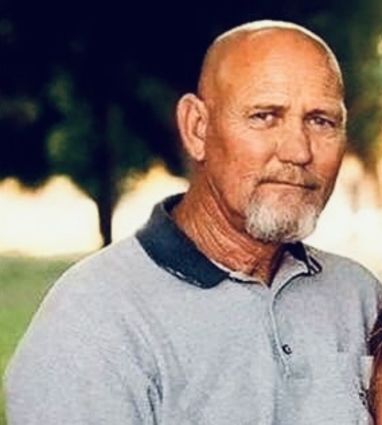 Larry Gene Bynum was born May 12, 1954, in Van Buren, Ark., and moved to California in 1959 with his grandparents, Everett Monroe and Belva Bynum.

Growing up in Shafter, Larry attended school in the Richland School District and Shafter High School. As a teen and young adult, Larry worked in the local fields and sheds. Eventually Larry became a truck driver, driving locally, cross country and within the oil fields.

After a life-changing injury in 1986, Larry was forced to retire from trucking. Since he had young children at home, this was a blessing in disguise. Larry spent many years helping to raise his children while working alongside his father-in-law, Jerry Schaefer, at Schaefer's Angus Ranch.

After many years on the family ranch, Larry switched gears again and helped launch another family business with his father-in-law and his wife, Cindy. In 1998 Shafter Shop N Ship was born, and eventually they added Cindy's Java Joint into the mix. Larry enjoyed visiting with the many different people, many who became friends, as they came in each day for their shipping needs or just to visit over a cup of coffee.

In 2007, A Guiding Light Pilot Car Service was opened. Larry used his expertise in trucking and helped Cindy open the business that allowed them to work side by side, sometimes traveling and sometimes local, but always together. He was the behind-the-scenes guy who made sure all of the trucks were fully equipped, running safely and everything was in order and ready for every job as it came along. Larry taught Cindy everything she needed to know, and some things she didn't, in order to continue operating their business when he was no longer able to. Even when he couldn't be on the road with her, Larry kept things running smoothly at home so Cindy could keep working and spent a lot of time watching the grandbabies grow.

Larry always enjoyed riding his Harley and participated in many charity event group rides. He enjoyed traveling, fishing, shooting and spending time with family and friends.

Larry passed peacefully in his Bakersfield home with his family surrounding him on March 25, 2019.

Larry was preceded in death by his grandparents and parents, his sisters Gayle Brown and Veronica Essary, his father-in-law Jerry Schaefer, nephew Jerry Unruh and great granddaughter Page Linquist.

A memorial service was held at the Shafter Ford Theater on March 29, 2019, in order to celebrate Larry's life with his friends and family.