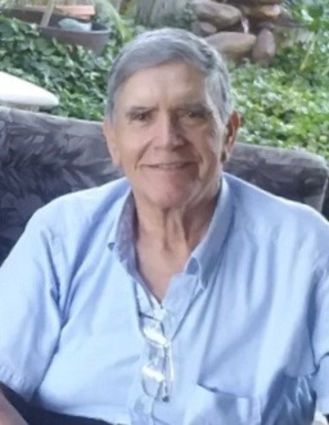 John Armendariz Jr. of Perry, Ga., was born July 25, 1940, at a home in the outskirts of Bakersfield, and went to be with our Lord on April 30, 2019, after a brief illness. He is survived by his wife of 29½ years, Lomita, as well as his two sons, John III (wife Kerry) and Bryan (wife Lupe). Sibling survivors are sisters Mary Ramirez, Sally Gonzalez (husband Jacinto), Gloria Ybarra (husband Harry) and Brother David (wife Becky). John also leaves three grandchildren, Christian, Lisa and Sarah Armendariz, as well as many nephews and nieces (including great). John was preceded in death by parents John Sr. and Ruth Armendariz, brother Robert and sister Esther, as well as nephews Matthew Gonzalez and Michael Ybarra.

John was a fun-loving person who grew up in Shafter and graduated from SHS in 1958. He played football and baseball for the Generals and once hit a 450-foot home run that landed between 1st and 2nd base on the junior varsity diamond. He loved baseball and played on numerous local teams, including La Colonia's iconic Eagles. John also enjoyed being a Boy Scout and playing the trumpet.

After attending Bakersfield College, John married Trinidad Gaeta and worked for the U.S. Postal Service before joining the Kern County Sheriff's Office in October 1962. While John worked at the Mojave, Delano and Lamont substations, they had two sons. John was a deputy for over 10 years and transferred to the Kern County Coroner's Office after being in two gunfights while assigned in Lamont. In the 1980s, John also worked several years as an Elko County Sheriff's deputy at the Jackpot Substation in Nevada. John did some travelin, and on Dec. 9, 1989, he married Lomita Johnson of Terra Bella, Calif. ,and ultimately settled in Imperial Beach, where he loved the weather.

John began working in the San Diego County Medical Examiner's Office from 1991 to 1999 before retiring. Through research, Lomita discovered she had a half-sister in Georgia. John and Lomita bought a house in Perry sight unseen and left California for the Peach State in September 2017.

John leaves a legacy of being a prankster to his sisters as they were growing up, going on Morro Bay camping trips, fishing off the Cayucos Pier, being a great baseball coach on his sons' Lamont JBA baseball teams and going on Las Vegas trips, and was a role model to many. John's death was unexpected, and he will be missed by all who knew and loved him.

A Rosary will be recited, followed by a memorial Mass on Wednesday, May 15, 2019 at St. Francis Catholic Church in Bakersfield at 10:30 am followed by Mass at 11:00 a.m. performed by Monsignor Swett.

Viewing will be Thursday, May 16, between 4 and 8 p.m. at El Cajon Mortuary, 684 S. Mollison Ave, El Cajon, with a service and eulogies on Friday, May 17, 2019, at 10 a.m. also at El Cajon Mortuary, with graveside services at 11:30 a.m. being held at Singing Hills Memorial Park, 2800 Dehesa Rd., El Cajon. In lieu of flowers, John's favorite charity was the National Law Enforcement Memorial Fund.