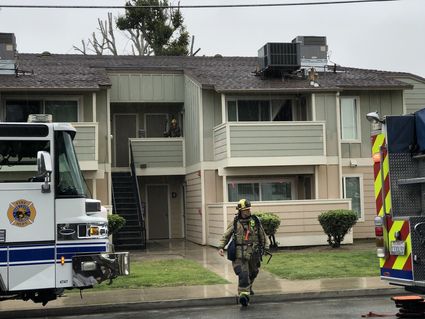 Kern County Firefighters start cleanup after putting out the fire.

Eight apartment units had to be evacuated when Kern County firefighters were dispatched to an apartment complex in the 400 block of North Wall Street on Sunday. 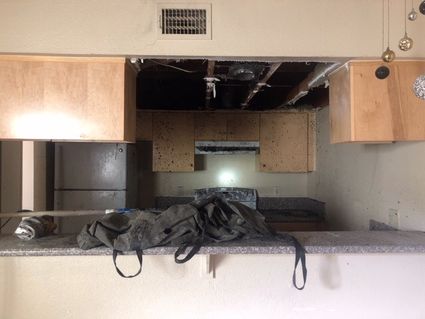 The vent in this kitchen might have been the origin of the blaze.

Just after 9 a.m., the KCFD was dispatched to the fire. Smoke detectors had gone off in multiple apartments within the complex, caused Battalion 3 to activate a second alarm to get additional fire resources to the scene.

When the first firefighters arrived, they found smoke coming from the vent of one of the apartment units. Firefighters entered the reported location of the fire, witnessing smoke. Additional firefighters had to force their way into an adjoining unit and found an active fire.

No estimation of the value of the loss had been given, and the investigation is ongoing.