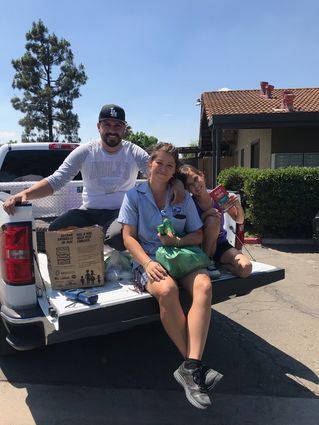 They left paper bags a couple of days before the May 11 collection, encouraging residents to fill the bags with nonperishable food items that will be donated to a local church. This year, it was Shafter Christian Fellowship who received the big donation.

Norma Hammer of the Shafter Post Office said that the event allowed the letter carriers to collect over 2,600 pounds of food this year, beating last year by over 200 pounds.

May 11 marked the 27th anniversary of the National Letter Carriers Stamp Out Hunger campaign. This program has collected 1.67 billion pounds of food over its 26 years...

"We are proud to be a part of this campaign and work hard to help give families in our communities much-needed food for their households," Shafter letter carrier Norma Hammer said,

She said that the timing of their food drive is crucial. "Food banks and pantries often receive the majority of their donations during the Thanksgiving and Christmas holiday seasons. By springtime, many pantries are depleted, entering the summer low on supplies at a time when many school breakfast and lunch programs are not available to children in need." 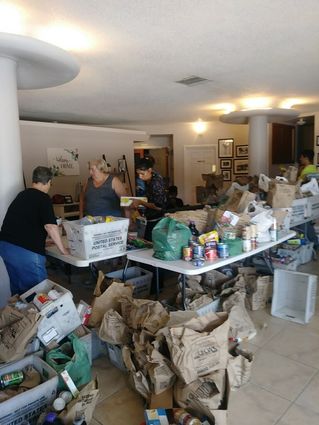 The Stamp Out Hunger campaign is the outgrowth of the National Association of Letter Carriers' tradition of community service, a tradition exhibited by members of the letter carriers' union over the years. For many years, a number of NALC's branches had collected food for the needy as part of their community service efforts. A national coordinated effort by the NALC to help fight hunger grew out of discussions in 1991 by a number of leaders at the time.

A pilot drive was held in 10 cities in October of 1991 and it proved successful. Input from food banks and pantries suggested that late spring would be the best time since by then most food banks in the country start running low on donations received during the holiday season.

It was decided that the second weekend in May would be the date and the program began. In 2010, the food drive surpassed the billion-pound mark in total food collected over its history.

Hammer said, "This event helps so many people and we are so proud to be a part of it."