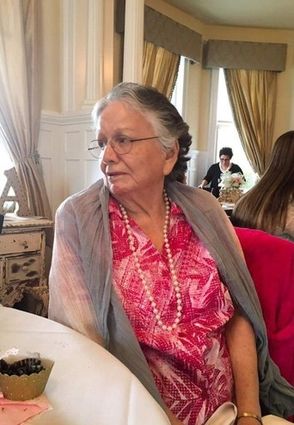 Elena Trujillo, 83, passed away on May 21, 2019 at Golden Living in Shafter. She was a loving wife, mother, grand and great-grandmother. She will be truly missed.

She was born on Oct. 26, 1935 in North Hollywood to Francisco and Maria Rodriguez.

She worked as a teacher's aide for Semitropic Elementary School, where she was employed for 25 years and was a lovingly known as Mrs. T.

She enjoyed reading, watching crime drama shows and was known for her delicious flour tortillas.

Elena is survived by her husband, Jose C. Trujillo, of Wasco; her daughters, Maria Sierra and husband Jesse, Juanita Rodriguez and husband Leonard, Theresa Trujillo and husband Gus, Andrea Ruiz and husband David, and Martha Gutierrez and husband Ralph; her brothers, Anthony Rodriguez of Agora Hills and Michael Rodriguez of Frazier Park; and her sister, Cecelia Monnette of North Carolina.

She was preceded in death by her parents, 10 brothers and sisters, and two grandsons Rafael Gutierrez III and Angel Gutierrez.

Graveside service is on Wednesday, May 29, at Wasco Cemetery. Officiating is Pastor Johnny Martinez. Condolences may be left on Elena's online guest book at bashamfuneralcare.com.

The family would like to express their gratitude and thanks to Optimal Hospice and their team of angels who were wonderful staff in her care. Also, to the wonderful staff at Golden Living Center, the family is eternally grateful for all the care she was given.