American Idol finalist at the Ford 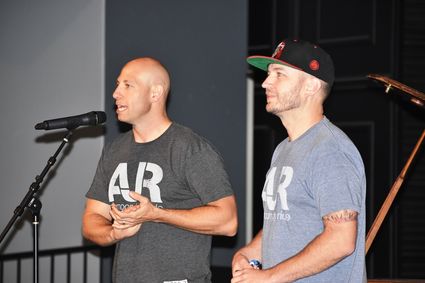 Shafter's Ford Theater was packed on Saturday night when American Top Ten Finalist Colton Dixon performed, singing a number of his hits that put his album at the top of the Christian music charts.

Dixon ended in seventh place in season 11 of the nationally televised talent show. Judge Steven Tyler thought that Dixon was one of the favorites to win the competition and was surprised when Dixon was eliminated in the show's Top Ten show.

Dixon performed his hit, "Never Gone," which won him acclaim when he performed the song on the Ellen Degeneres show shortly after being eliminated. It was the top single on his album that was released the year after his stint on American Idol. The album opened the week in the top 10 on the Billboard charts and at #1 on Christian Radio playlists.

Local Christian radio DJs Aaron Pearlman and Matt Pelishak, of 88.3 Life FM's "Afternoon Joy Ride," were the hosts for the event, doing a live broadcast from the venue. Pearlman and Pelishak marveled at the theater, saying, "This is one of our favorite venues for an intimate concert setting. You guys in Shafter don't know how good you have it here, having this place in your city. It is awesome!"

Pelishak also encouraged the crowd to post on their Facebook page while at the venue, and they gave away a prize pack for the best selfie taken during the event.

The large crowd was also there to support and catch a popular local artist that also has a history with the American Idol show. Jim Ranger, a pastor, worship leader and musician from New Life Church in Bakersfield, opened the show. Ranger amused the crowd when he mentioned that he was talking to Colton Dixon backstage and that he was "a real cool dude."

"We talked about our American Idol experiences, but of course, Colton's experience was a whole lot different than mine."

This drew laughs from the crowd as Dixon had made it to the national big stage, while Ranger was eliminated during the Hollywood stage of the competition. Ranger has a soulful voice that displays his blues, gospel and country influences. 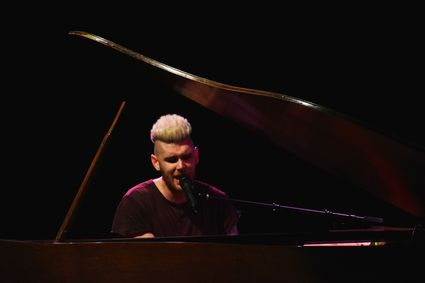 Jim Ranger gave a soulful rendition of "Amazing Grace" to close his set.

Ranger performed the majority of the numbers that are on his "Remember" album, which was released after his Idol experience. "I don't regret my time on American Idol and the chance that I took trying it," said Ranger. "I told God, Lord, if this is what you want for me, then open the door wide, if it is not, then slam that door shut. Well, I got my answer, and I am great with it; no regrets, and it was a valuable learning experience for me."

Ranger is a husband, father of three, and loves leading the music and pastoring at New Life. "I love serving the Lord, singing and making people happy. This is a great life. Always make sure to make the most of what the Lord gives you and enjoy the ride along the way." The Shafter Ford Theater has been building a great reputation on the local music scene for holding great events and for having a good venue for an intimate concert setting. "I love this place. And they also are bringing in a great variety of acts. It is wonderful," said Martha Sinclair, who traveled from Bakersfield to catch the show. "I have been here for three shows now and all of them have been just great."