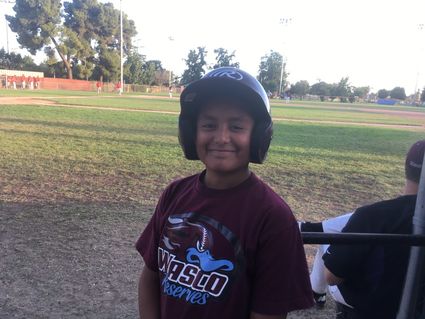 The Wasco Reserves have turned things around by winning their four of their last five games.

The team is currently away until Wednesday, June 26 when they will play the Monterey Amberjacks at the Ballpark.

Two players are highlighted in this week. Twenty-four-year-old Jordan "Jordie" Tyler Dicks played shortstop and second base at Jefferson Morgan High School in Washington, Pennsylvania. He was named Player of the Week several times and continued to play ball at Ohio Christian University, where he played center field and in field, and was named Most Valuable player, first team All American.. Dicks currently plays second base for the Reserve.

"I've been to California before," Dicks said. "It has breathtaking scenery with expensive prices and confused cities."

Dicks thinks Wasco is a very inviting and friendly town, with a tight community and a warming atmosphere.

The second highlighted player is 23-year-old Art'om Rank, who said given the fact that he has an unusual name, he's had numerous nicknames and so far, he isn't opposed to any of them.

"I was 3 years old when my parents got me into t-ball," Rank said. "But I've essentially been playing since before I could walk."

Born in Moscow, Russia, his family moved to the states when he was 4 years old. He spent his early years growing up in southwest Michigan.

Rank played high school ball starting on varsity and continuing on varsity all four years. "I also spent time on the outfield, on the corners and even some time behind the dish (backstop)," Rank said. "Ironically, I didn't pitch much in high school and received multiple high school awards ranging from the most-improved player, player of the month, most-valuable player, all conference, all region and honorable mention for all-state."

Rank attended college in West Virginia, where he also played baseball as well as focused on his studies. He has a bachelors degree in wildlife conservation, environmental science, forestry and an associate of science degree in business administration and microbiology.

"I was recruited as a switch- hitting second baseman/utility layer but ended up spending my career as a pitcher because that was where I could best help our team win," Rank added. "Currently, I'm a starting pitcher. I'll be throwing for the Wasco Reserves on Tuesday night, June 18, against the Bakersfield Train Robbers."

Rank stated that he is on the Reserves to extend his baseball career and decided to take advantage of the opportunity to play in the Pecos League.

He said this is his first time in California. "It's not exactly what I expected," Rank said. "Definitely different than what I'm used to. The heat, especially, is something that has taken me a while to get acclimated to."

Rank feels that Wasco is an awesome place. "The community seems very close knit, and the people here are exceptional," Rank said. "It's also been a cultural experience filled with fun-filled new adventures." He also feels that Wasco has some very loyal fans that all the players appreciate. "Wasco has been an overall great environment," Rank said.

• Adam Ramirez, #0, is from Lancaster. Ramirez is a rookie.

• Alex Hernandez, #7, is from Goodyear, Ariz., and is an experienced player. He played for the Roswell Invaders and the Tucson Saquaros.

• Dmitry Shtykh, #9, from Moscow, Russia is an experienced player who previously played on the Topeka Train Robbers.

• Josh Caldwell, 12, from Columbus, Ohio is also a rookie.

• Mitchell Langer is also a rookie.

• Scott Martinez is a rookie as well.

• Charlie Padilla, #5, from Atlanta, GA has played with the Tucson Saquaros 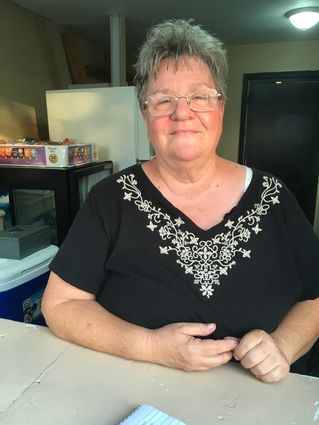 Geri Applewhite tends the concession stand at the Reserves games.

• Austin Hoffman, #31, from Goodyear, Ariz., is an experienced player and plays 3rd base.

• Corey Davis Jr. is a rookie who plays shortstop.

• Jordan Dicks, #2, from California City, is an experienced player who plays 2nd base.

• Darren Love is a rookie.

• Ethan Skewronski, #11, from Circleville, Ohio, is also a rookie.

The Reserves will be away beginning June 19 and will return June 21 to play Tucson. They have games from here through June 24.

Players still are looking for host families for the season. More information is available by calling Manager Bill Moore at 6