J.C. Atkinson a man of integrity 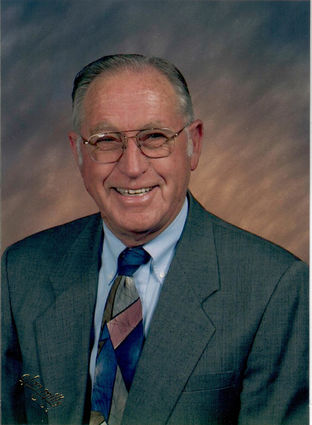 Shafter has lost one its pioneers with the passing of J.C. Atkinson. Atkinson was a businessman, public servant, husband, father, and son. He was the seventh of 11 children born to Elijah and Maggie Atkinson of Parker, Oklahoma. They moved to Wasco in 1942 and he eventually moved to Shafter after a stint in the U.S. Army, stationed in Fairbanks, Alaska.

With his wife Bernice, Atkinson raised three sons in Shafter, holding a variety of jobs on the way. Among his occupations, J.C. worked for Harold Weins at Shafco Lumber. He also owned Say Kern Plumbing and retired as the plumbing specialist for the Kern County Building Department. "He was my boss for a time," said Woody Colvard, a former City Council member who also worked for the Kern County Building Department.

"He was a partner of my dad's in a variety of ventures through the years. J.C. was an honest man, full of integrity and a real gentleman and a good Christian," Colvard said.

By contacting city residents, a common thread ran throughout the entire conversations: integrity. Atkinson served on the City Council from 1966-1970 with a two-year stint as mayor. He left a lasting impression on the members, as well as those he dealt with as a straightforward, honest man to engage with.

Atkinson was on the ground floor of the Shafter Police Department as it was coming into its own as a full department.

Former Shafter Mayor and current City Councilmember Cathy Prout said that she owes her public service career in part to Atkinson. "J.C. Atkinson and Elmer Unruh came to me in 1981 and asked me if I had ever thought about running for City Council. I thought they were joking around. They came back to me later and said that they were serious," said Prout.

She went on to say that Atkinson told her that he saw how much she was involved in when it came to the schools and community. He told her that she should really think about running, which she decided to do, and the rest is history.

Jay was a good Christian man according to all who knew him, spending many years on the Elder Board at Valley Bible Church, the Board of Youth for Christ, and the Richland School Board. Because of his involvement in his church outreach, which started a group that put it upon themselves to help members of their congregation who were in need, according to Prout, Atkinson helped form what is now the Community Chest, which helps different residents who are in need.