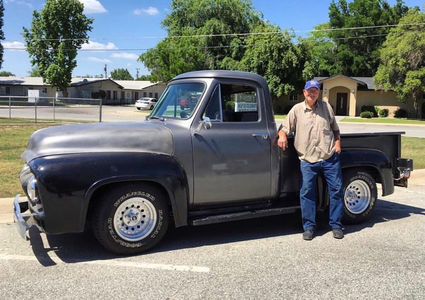 Wyman worked for Camp & Mebane Cattle Co. for 15 years after he served in the Army and owned Foster Freeze/Generals Headquarters for 27 years. He was married to Leoda Sherrill Stark for 42 years before she passed.

Wyman was a man of his word -- you could always count on him for anything. He said he could fix anything but a broken heart.

Wyman received the Chamber of Commerce Business Person of the Year award in 1992.

He will be missed by all who had the honor of knowing him. Special thanks to Hoffmann Hospice & Peters Funeral Home for all they did for Wyman.

Services for Wyman will be held on Saturday, July 27, at Shafter Memorial Park.

Please send condolences to the family and sign the guestbook at PetersFuneralHomes.com