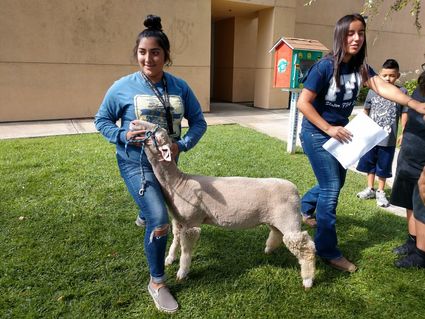 Shafter FFA members taught the kids how to show lambs, and brought a few other furry friends such as chickens and quail.

The Shafter Youth Center was full of wildlife last week as they presented their ever-famous Animal Week. Among the week's visitors was Shafter Animal Control, who gave the kids tips on how to be responsible pet owners, such as getting them licensed, spayed or neutered, and how a pet can become an important part of the family.

Also on tap was the Wind Wolves Preserve, who came and talked about the special non-profit preserve that houses a group of over 30 Tule Elk. It also has among its residents the endangered San Joaquin Kit Fox, as well as one of the largest stands of the endangered Bakersfield Cactus.

The Shafter FFA Club brought a variety of animal friends with them to share with the children. Exhibitors taught the kids how they show their fair projects, demonstrating how to show a lamb properly. They also brought with them some chickens and quail. 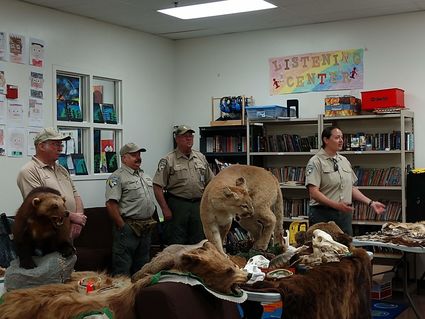 California Department of Fish and Game staff brought some stuffed animals and told the children about the habitats of the animals.

During the week, the children were also visited by the Kern Audubon Society. They talked to the kids about owls, wingspans of different kinds of birds, their habitats, and about the hobby of bird watching.

Rounding out the week was a visit from California Department of Fish and Game. They brought with them some stuffed animals, including some of the less popular animals in the wild, such as mountain lions, bears, and lizards. They talked about the different features of each animal and how they survive in the wild. They also told the children what their diets consist of, as well as how each hunts its prey to survive.

The kids had a blast, according to Director Angie Nelson. They saw an array of animals – alive, stuffed, and in pictures – and learned a great deal about the creatures they share the planet with.