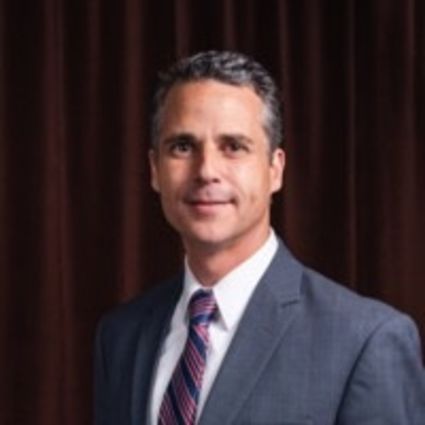 James Zervis has been with the city since 2011.

The acting city manager, James Zervis, has been with the city as administrative services director since 2011, and has experience in similar roles locally.

He has been serving as the chief financial officer and treasurer of Shafter, responsible for all accounting, financial management and reporting, audits, treasurer services, investing, risk management, banking, lending and various administrative functions.

He came to Shafter from Wasco, where he was the city manager from 2009 to 2011. He also was the assistant city manager there, as well as the director of finance from 2006 to 2009. Zervis served as the second in command in Wasco, overseeing all city departments; he directed the day-to-day management of the city's Finance Department.

Before then, Zervis was the CEO of ACX Pacific Northwest, Inc., a manufacturer and exporter of forage products, such as alfalfa, hay and other roughage animal foods from the West Coast to the Pacific Rim, with multiple operating divisions across several states. Originally hired as a cost consultant, Zervis was promoted several times, ultimately serving as the CEO responsible for all accounting, interim and annual financial reporting, banking and lending relationships and the technology department.

Zervis attended school in Washington state, at Central Washington University, earning a bachelor of science degree. He had a double major in accounting and business administration, with an emphasis in finance. He then received his MBA in 2003 from the University of Phoenix.

Zervis has many fans in the community, and on the city staff. "Jim is one of the smartest men I know and I know that he is up to the task," Councilmember Chad Givens this week.

Givens said that Zervis is very dependable, expects him to do "a great job" in his new role.

This sentiment was echoed by resident Don Loveless at the meeting last week where he was appointed. "I do want to commend you guys for one positive thing that has come out of all of this. You couldn't find a better man to fill this position at this time than Jim Zervis. He is a great man and has done a wonderful job for the city since he arrived."

Zervis would not comment on the circumstances that required his appointment, but he is looking forward to serving the city in any capacity he is needed.

At the regular council meeting on Tuesday night, the council made last week's decision official: They agreed to hire Zervis as acting city manager until a permanent replacement for Scott Hurbert is hired. The council gave Zervis a flat 10 percent raise in his current salary and give him 150 hours of paid vacation upon completion of the assignment. This was asked for because Zervis is not expecting to be able to take a vacation while he is serving in this capacity.

Zervis's current salary is approximately $165,000 in base pay, with benefits making the total package worth about $238,000. The raise would be an increase of about $1,375 per month.

Hurlbert's ending salary and benefits was slightly less than that at about $250,000, according to his contract.