Mayor sees need to listen to everyone

Alvarado: 'I love this community' 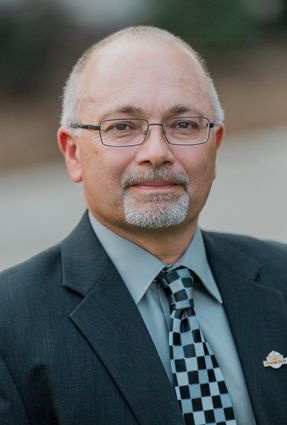 With the resignation of city manager and other actions involving the city government, Mayor Gilbert Alvarado is at the center of controversy.

The mayor sat down for an interview recently, discussing the challenges ahead and what is needed in the city to move forward.

The most recent issue, Scott Hurlbert's resignation last week amid a storm of public outcry, left a number of vocal citizens disappointed and outraged. Alvarado said he couldn't comment on the $250,000 separation package, citing confidentiality as a personnel matter and could not be discussed to protect the city's and Hurlbert's privacy. Not an usual situation when there's a separation agreement in place that restricts comments on both sides.

Alvarado said that they accepted Hurlbert's resignation and his they wish Hulbert well in his future endeavors. Alvarado did say that the city is financially stable and economically sound, which the city can be proud of.

He said that he was disappointed in the way the council was portrayed in the newspaper recently. "With the memorial issue [the proposed addition of a plaque to the veterans memorial], the people who had the opportunity to express their views against the item were on the front page. When, in the following meeting, the council got their opportunity to speak on the issue, it was put on the inside of the paper, like on page 5 or 6."

Alvarado said that he would like the residents be able to see what the council's intentions were and that they were not out to offend anyone.

On the topic of the discord that the public has seen and commented on among the members of the council, Alvarado said, "There are five individuals on the council, and we are not going to agree on everything, and that is just a fact."

Alvarado thinks that a lot of the people in the city know him and that he is the same person he always has been, with the same goals he had when he first started 10 years ago. "I want to serve the city to the best of my ability and serve all of the people, with everyone deserving to be heard."

When asked what faction of the city is not being heard, Alvarado said, "Well, there are plenty of people who feel that they don't have a voice in the community. For example, the residents of the North Shafter area. They are getting things started now as far as improvements, but how long has it taken? They have been incorporated for years, and their voices were not heard until just recently."

Alvarado went on to say that North Shafter is part of the city limits, and it was shameful to have an area neglected like that for so long, "This is part of our city, within our city limits; we need to listen to them and their concerns."

With many residents wanting to know what the council's mission and goals are, Alvarado said, "For one thing, the downtown area is looking really shabby. It needs to be beautified. There is plenty of money out there available in the form of grants, and why don't we have any of it?

Improvements are needed in the downtown area to get Shafter back to the way it was years ago."

Alvarado said another concern that he has is the lack of activities and parks in the city. "It is ridiculous -- we have one basketball court in town that is available to use. We need more courts, as well as other activities in our city's parks."

Another issue that needs addressing, according to Alvarado, is public safety. He said that he has noticed a large amount of activity at night, around businesses and residential neighborhoods. "There are a lot of people riding around on bikes in the middle of the night. Something needs to be done about that."

Alvarado said that he didn't know if it was a hiring issue or not, but he thinks that public safety is a big concern in the city right now. "There have also been programs that are not active right now, such as PAL [Police Activities League], [Police] Reserves, or the Citizens Patrol. I think that there needs to be maybe more interaction between the officers and the community."

Alvarado also said that he has heard concerns from residents in the Gossamer Grove area about the lack of presence out there in their community. He believes that there is going to have to be a substation in that area to better serve all of the residents of Shafter.

On the topic of the charter review that was discussed in previous meetings, Alvarado said that he was only wanting to have a session to make sure that everyone understood the charter and what it means to the city and its residents. "The wording of the charter might mean one thing to one person, with another person interpreting it a different way. This way, everyone would be clear on what the charter means and what it does."

Alvarado went on to say that the way the charter reads, there is just one employee in the city, opposed to two employees in General Law cities. "Other cities have a city manager and a city attorney that are employees of the city. With our charter, the only employee is the city manager, and the city attorney is hired and fired by the city manager. How can I put trust in a person that is accountable to the person that hired him, if there is an issue with that person?"

When the charter review is done, Alvarado said that if the public decides to keep the charter the way it is and live with the consequences, then that is fine. "But, if they decide to put the control in just more than one man's hands, then we could decide to change our city's charter."

Alvarado said that when it is all said and done, the betterment of the city is the main goal in his mind. As for division, he said that a lot has been said about the division in the council, but another issue of importance is the need for the community to unite as one and not be divided. Alvarado said that he has heard talk of a recall in the works and said that if he is still here, he knows that the people will speak their minds with their votes in the normal 2020 electon.

Alvarado emphasized his commitment to Shafter, "I love this city and the community. I am still that same person that decided to serve my city over 10 years ago."