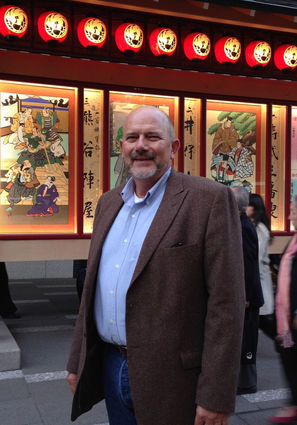 Phil was a preemie who grew into a strapping young man who loved to play tennis and work on his father's farm. He graduated from Wasco High School in 1974, the same year he also soloed in a Grumman Yankee aircraft.

Phil graduated with a bachelor of arts in Christian education from International College in Honolulu. For the next 24 years, Phil taught English in Fukuoka, Japan, and worked in various aspects of ministry such as visitation, church planting, Bible teaching and youth camps. For a period of time, Phil worked stateside as the director of Hartland Christian Camp.

Most recently, Phil was employed by Handel and Wilson Farms. He greatly enjoyed his co-workers and the conversations that they shared. While in Japan, Phil met and married the love of his life, Hanako. They shared 11 happy years together.

Philip is survived by his wife, Hanako; his daughter, Elizabeth; his granddaughters, Emma and Evelyn; his father, John; his brothers, Vic (Priscilla) and Skip (Kendra); his sister-in-law, Jacqui; and numerous nieces and nephews.

A graveside service will be held at Shafter Memorial Park on Saturday, Aug. 31, at 10 a.m. Please send condolences to the family and sign the family's guestbook at PetersFuneralHomes.com.