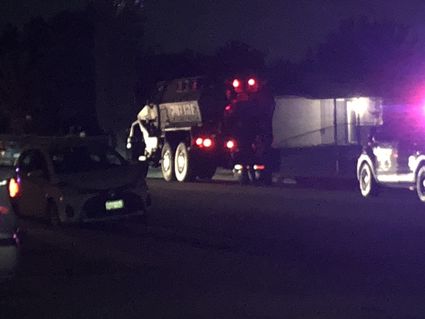 The Tulare Police Department deployed a SWAT team vehicle to assist in the service of the search warrant.

A murder suspect was arrested in Shafter Tuesday night at an Atkinson Avenue residence by the officers of the Tulare Police Department.

The department arrived at the location with a SWAT vehicle and several marked and unmarked vehicles to serve a search warrant at the residence.

On Aug. 24, the Tulare Police Department received 9-1-1 calls about a male subject being shot several times near the intersection of West Prosperity Avenue and North E Street in Tulare. Officers arrived and observed multiple subjects in the parking lot of the Prosperity Sports Complex. The victim, later identified as 28-year-old Jesus Marquez was transported to a local hospital but succumbed to his injuries. 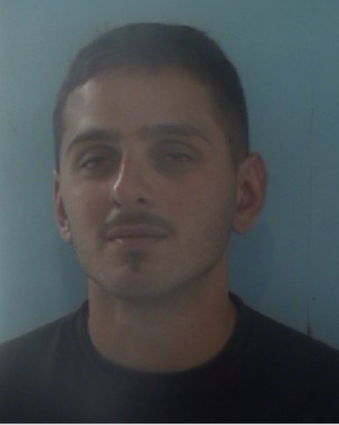 Since the night of the incident, according to Public Information Officer Sergeant Edward Hinojosa, of the Tulare Police Department, detectives had worked to identify the suspect of the murder. During the investigation they were able to identify 26-year-old Christopher Gonzalez as the shooter. Gonzalez is from McFarland. The only known relationship between the suspect and victim was a verbal confrontation between them at previous softball game.

"On the evening of Tuesday, August 27, the Tulare Police Department Investigations Unit, with the assistance of the department's SWAT team, served multiple search warrants in Bakersfield and surrounding areas in an attempt to locate and arrest Gonzalez," Hinojosa said,

At approximately 9 p.m., they were able to track Gonzalez to a residence in Shafter. Officers surrounded the house, and Gonzalez was called out. He surrendered peacefully. He was taken into custody without incident and then transported back to Tulare Police Department for the booking process.