Martinez retiring after 45 years at Richland 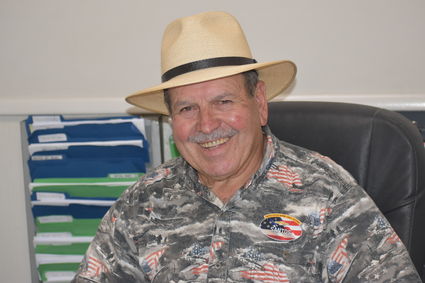 Santos Martinez is ready for the next chapter in his life.

Richland Chevrolet is saying goodbye to one of its most senior executives as Santos Martinez is parking his career in the garage after almost 45 years of serving the community.

Martinez, originally from Brownsville, Texas, moved to Wasco after his stint in the Marine Corps. Martinez served in the U.S. Marines and had a tour in Vietnam in 1969. During his stint, Martinez received a Commendation Medal from the Navy for his contributions to numerous battles in which he fought to protect his troops as they pressed forward.

After Martinez was discharged from the Marines, he moved to Wasco to help his father. It was there that he met his future wife. They were both from Brownsville but didn't meet until after both had moved to Wasco.

Martinez began his automobile career in 1972 when he went to work for Central Valley Ford in Wasco. He then went to work in sales for Richland Chevrolet in 1975. Martinez excelled in the sales department at Richland, connecting with the customers and their needs, and getting them to take the plunge and make that important purchase.

Martinez worked for Richland for almost 45 years, except for a couple stretches where he ventured out, only to return to Richland. At one point, Martinez opened his own car lot for two years, but realized that he was happier working for a dealership. Martinez was also away from Richland for two years when he went to work for Holiday Ford in 1988.

Martinez said that Richland has truly been his home. Manager Cameron Hunter said, "We are sure going to miss Santos around here. He is just like family, and I have learned a lot from him. He is a good man. I am going to miss him, but I know he will do great things after he leaves here. He already has a gig lined up."

The gig Hunter is referring to is the band that Martinez plays in. In his spare time, Martinez loves to play guitar and the accordion. George Lopez, a new salesman at the dealership, said, "I am really going to miss him. I have learned so much from him in just the short time I have been here. He is a really good guy," commented Lopez.

Martinez notes that his time at Richland gives a good look into the workings of the car business throughout the years. Martinez said, "When I first started, there was a brand-new pickup that I sold for $3,200. Now, that truck new would probably cost you $26,000. The times and the business have changed so much in some ways. But in other ways, it is the same as the day I started."

Martinez said that people are still looking for a good deal and want to be dealt with honestly and fairly. "A lot of the challenge is to treat the customer fairly and make sure that they know that you care about them. They are not just a number or a faceless customer," said Martinez.

In addition to his music, Martinez said that he is looking forward to spending quality time with his wife, four daughters, and his 14 grandchildren. "I will also have more time to make it to doctor appointments, with a couple of health issues I have had. I just felt that it was the right time to hang it up. I want to retire while I am still young enough to enjoy my retirement." 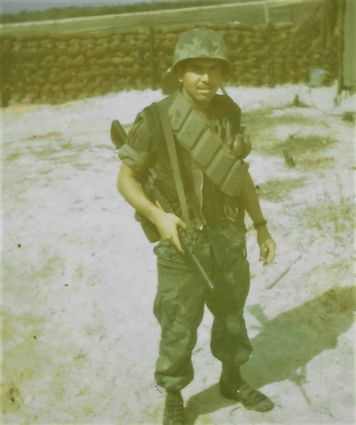 Martinez said that he wants to thank his family at Richland for their years of success on the sales drive, as well as having been a real family to him throughout the years. "I am going to miss this place, but I have had such a great time that I will always look back on this family with a smile."