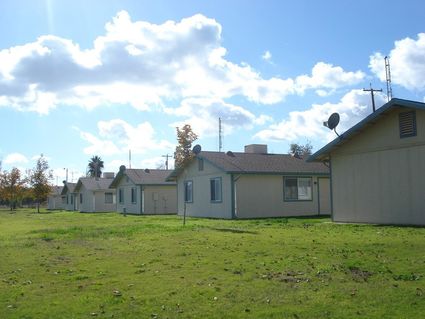 The Shafter Farm Labor Camp outside the city on Highway 43.

In a closed session, the City Council voted unanimously to protect the Shafter Farm Labor Camp on Highway 43 in the county's plan to use it as a seasonal homeless housing facility.

In a closed session Tuesday night, the council voted unanimously to have the city manager and city attorney use "all legal remedies, including litigation, to require the Kern County Housing Authority to comply with applicable zoning and environmental laws for conversion of the Shafter Farm Labor Camp north of the City of Shafter to a homeless shelter."

It was unclear how long the city had known about the county's plan, since there was no mention of the subject on the regular meeting agenda -- though it was reference in an ambiguous "legal action" item for discussion for the closed session.

Residents Gerardo Loaza and farmer Aron Wilson questioned the council on their views or intentions, if any, about news that the camp, just north of Shafter, may be utilized by the authority to house around 50 homeless women from Kern County.

The director of the authority, Steve Pelz, explained by telephone Wednesday morning: "This would not be like a shelter for the homeless. The residents would be by invitation only and the women will be assisted in finding jobs and finding housing in the area from where they originally came."

He also said that there would be food provided and services to get them back on their feet, and that it would not be just a place to house them such as in a homeless shelter. He also said that they also are looking at a location in Lamont to the same.

People would be housed at the county-owned camp during the winter, when it is normally mostly unused by seasonal agricultural workers.

The project apparently was not presented to Shafter or Wasco leadership until last week. and Wasco's city manager, Daniel Ortiz-Hernandez, provided a rough idea of the plan at their council meeting earlier in the evening.

Loaza said the comments were not favorable.

He had just come from the Wasco meeting, where he learned from Ortiz-Hernandez that council members opposed the plan, noting that Wasco was never consulted about the idea. Ortiz-Hernandez said that they have not had a chance to look into the impact the project might have on the city.

Wilson and Loaza expressed concern about how the project would impact the neighborhood, as well as the city as a whole. Loaza asked that the City Council look into this matter and keep the residents informed on its status.

They said that the residents deserve to know what is going on in the city and how it will affect the community. They urged the council to discuss the matter and explain it to residents, along with the effect it will have on the city.

"To be blunt, it feels like Bakersfield is trying to dump their homeless wherever they can,"

In other action Tuesday night, the council approved $233,933 for the purchase of four Shafter Police Department SUV vehicles, which will be outfitted with necessary accessories for the police operations. The vehicles themselves will cost a little over $136,000, with the cost of outfitting the vehicles being about $83,000. 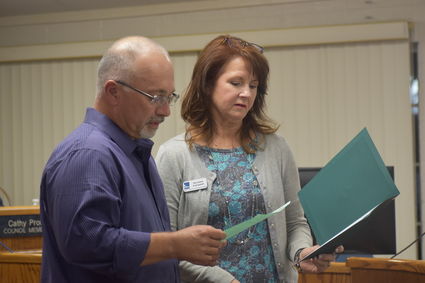 The council also authorized a contract with California Consulting for grant-writing services at a cost of no more than $12,000 for each of two grants, for a total of up to $24,000.

The councilmembers considered this a fair price for the possibility of the city saving over $2 million in project funds if they receive the grants available for two park improvement projects. One of the projects is additional parking at Veterans Park and the other will be an outdoor fitness court at Mannel Park.

In a presentation, Mayor Gilbert Alvarado presented a proclamation to Susanne Campbell of the Kern Council of Governments declaring Oct. 2 "Clean Air Day" in Shafter. The mayor said that everyone can do their part to help our county and community become a cleaner county.

"We need to do what we can to improve the air quality in our area, and it is important that we recognize the need for more programs and resources that will help in this fight for cleaner air."