Detonated by police, 'likely not armed' 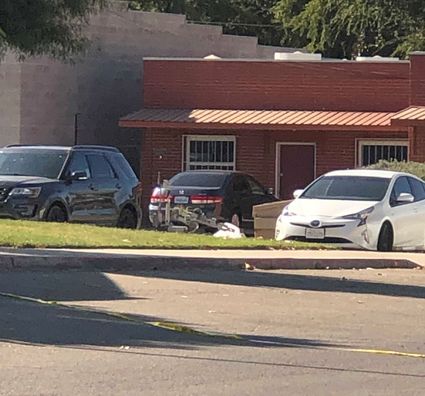 The robotic arm grabs the unknown device seconds before the explosion by a controlled detonation performed by the Bomb Squad.

The Kern County Sheriff's Office Bomb Squad Unit was deployed to Shafter Friday when a suspicious device was found in a dumpster between the Shafter Courthouse and the Omni Health Medical Clinic on James Street. 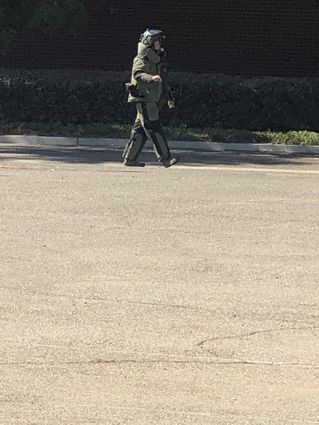 Member of the KCSO Bomb Squad Unit is dressed in protective gear to examine the device.

There are no suspects in the planting of the device in the dumpster, and the investigation is ongoing.