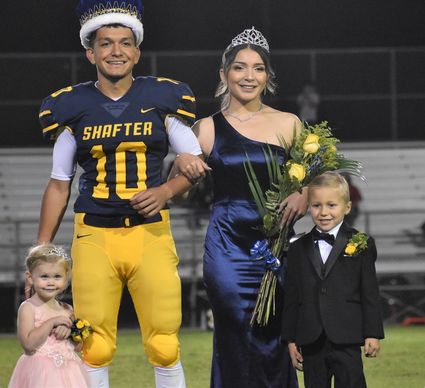 No one can complain there isn't anything to do in Wasco this weekend.

Five full days of Homecoming ended Friday night at Shafter High School, culminating in a rout of McFarland on the field and fun off the gridiron.

There were several dress-up days throughout the week, such as Career Day, where students were encouraged to dress in the garb of their favorite occupation. There were also a variety of games, activities and fun at lunchtime. Students competed in different games, each class against the others, vying for a year of bragging rights.

Each class was also busy building their Homecoming float that would round the track at halftime of the football game. The theme this year was "Game Night," so each class designed their float to depict their favorite game. The seniors chose Super Mario, while the freshmen chose Pac Man. The juniors claimed Monopoly as their game, with the sophomores choosing Candy Land. 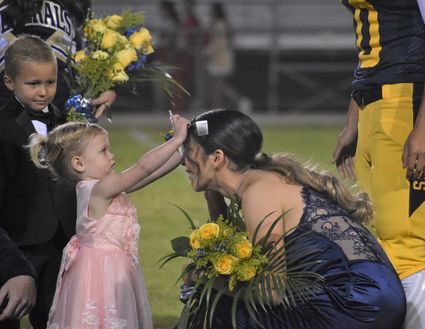 The freshmen were announced the winners of the float and spirit competitions. This was the first victory for a freshman class in over a decade.

After the floats made their way around the track, it was time for the candidates for Homecoming king and queen to shine. Jared Flores and Danielle Arellano were crowned king and queen and presented with crowns as part of the festivities.

The celebration continued as the Shafter Generals dominated the McFarland Cougars 47-7, making them 2-1 in league. [BEGIN BOLD](Game story on Page 4.)[END BOLD]

o cap off the night, the students took the celebration inside to the Homecoming Dance. Brian Feaster, who does double duty as Shafter High athletic director and activities director, said the week was such a success because of the "great bunch of students" in student body and their school pride.