A mecca for Mexican food 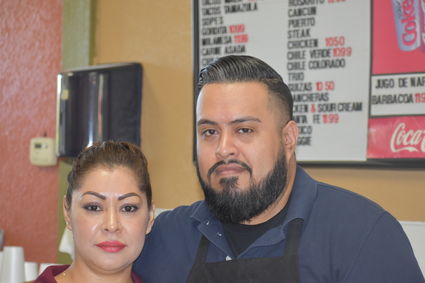 The secret has been out for some time now. Shafter is home to one of the finest Mexican restaurants in Kern County.

In 2016, El Michoacano Restaurant, located on Central Avenue right next to Bank of America, was visited by Pete Tittl, the food critic for the Bakersfield Californian.Tittl was celebrating his anniversary and raved about the sizzling enchiladas. The restaurant has been building on that reputation steadily over the years and the business, according to owner Alejandra Aviles, has been great.

Owners Higinio and Alejandra Aviles took over the restaurant 15 years ago. Aviles said that her and her husband both grew up in the restaurant business, working in several restaurants before deciding to venture out on their own.

In addition to the sizzling enchiladas, Aviles said that the most popular items on the menu are probably the chile verde and the shrimp ceviche. "We sell a lot of the chili verde, especially at lunchtime," she said.

The restaurant is open seven days a week, Monday through Friday, 8:30 a.m. to 8:30 p.m., and Friday through Sunday from 8 a.m. to 9p.m.. In addition to a good lunch and dinner crowd,Aviles said that they also have a great call-in business. "A lot of people just want to stop by and grab dinner to take home, which is a good portion of our business as well." 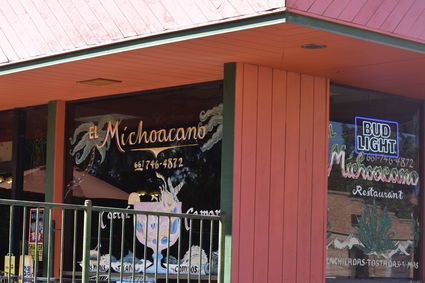 El Michoacano, located next to the Bank of America on Central Ave., is draws crowds from all over Kern County.

This day, the business was packed with lunch diners, and the food was coming out at a brisk pace. Brandon Martinez, who was having lunch with two of his coworkers, said, "We have been coming here for lunch for two years now. We come from Rosedale at least three times a week for lunch. We love it. It isn't fast food Mexican food. It is the real deal. The chile verde is awesome."

Aviles said that they have a staff of eight, not counting the Aviles family, to take care of the people who come in looking for a good meal.

Aviles said that she loves the Shafter community. "We are not from here, but we just love the community of Shafter. Our son was three months old when we bought the restaurant, and our daughter came after we were established. They both have grown up here and have gone to all of their schooling in Shafter. We just love it."