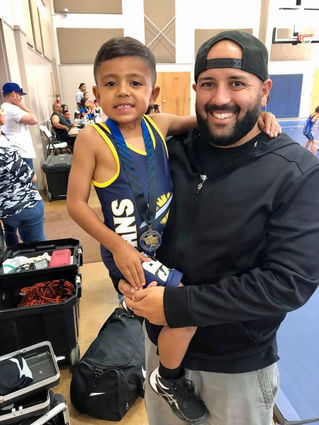 The Fourth Annual SMBC Takedown was held on Saturday, giving newer wrestlers some valuable experience in a competitive setting.

The Shafter Mennonite Brethren Church was the host of the event. Started in 2016, the tourney is designed to give younger wrestlers a taste of competitive wrestling.

Pastor Pat Coyle, of SMBC, was a competitive wrestler in his college days and has been running a wrestling camp for over a decade. Coyle decided to start the tournament as an addition to the camp, wanting to let the wrestlers gain experience and self confidence.

The event was run by a combination of different groups of volunteers, including members of the church, as well as parents from the Shafter Spartans Youth Wrestling team and the Kern County Wrestling Association. 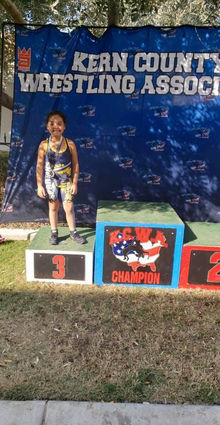 "It is designed for younger wrestlers, from kindergarten to eighth grades, and has become a great place for newer wrestlers to learn," Coyle said.

There were 56 in wrestlers competing in the event, scattered over several weight divisions.

"We also had boys and girls from the Shafter High wrestling team serve as referees for the tournament," added Coyle.

Wrestlers who are new to the competitive arena can benefit from tournaments such as these, preparing them for opponents that are more seasoned. Several members of the Shafter Spartans youth wrestling team placing at the event included Fabian Jimenez, who won his weight division. Other Shafter winners included Jayden Gonzalez, Josiah Ruelas and Henry Richardson.