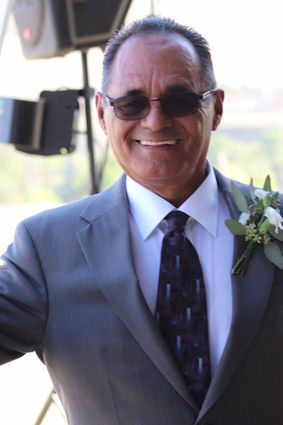 Arthur Sanchez Plaza, Sr. went to be with the Lord on Nov. 27, 2019. He was born on Sept. 27, 1946 in Bakersfield and raised in Shafter. Upon graduation from Shafter High school he married Yolanda Rodriguez, his wife of 55 years, and built a beautiful family. He was a great example to his loving wife and his children and their spouses Arthur, Jr. and Sherry, Patricia and Brian, and Adrian and Lourdes. In 1986, his desire to succeed led him to start his own construction business. His hard work, dedication and work ethic were not only an inspiration to his children but also his grandkids Nicole, Jacqueline, Rory, Alexandra, Justine, Katerina, Haley, Nicholas, and Ryan. Arthur also had the pleasure to enjoy his great grandkids, Wyatt, Adeline, Shilo and Nathaniel.

After accepting Christ into his heart, he committed his life to the ministry for 45 years. He attended Bible college and became an ordained minister. As a pastor, God called him to do missionary work around the world, including three months in Israel, the Philippines, India and Mexico, and he had a scheduled mission to Australia in March 2020. He donated his time for two years ministering the word on a Spanish television station.

His passion to spread the Lord's love also led him to help those in prison and juvenile detention centers find their way to God and in life. As a pastor of the Gathering in Shafter he preached the gospel alongside his family and touched the life of many.

Arthur's strong family values were the foundation of his loved ones. He was always happy to be around family. His infectious smile and laughter were an evident sign of pure love and joy. The amazing memories he built will never be erased, and the impact that they had in his family will forever be cherished.

Please send condolences to the family and sign the family's guestbook at PetersFuneralHomes.com