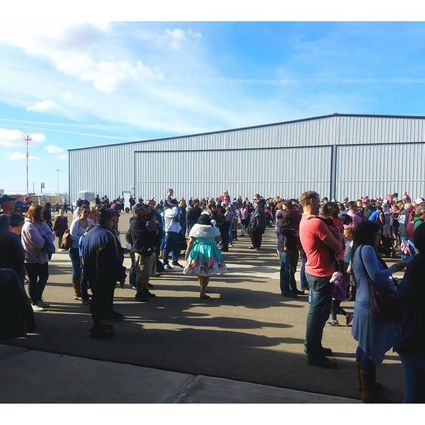 There were over 300 people in line waiting for Santa to make his grand entrance last year.

Minter Field Airport will play host this Saturday to one of the busiest people around this time of year, as Santa is expected to touch down at around 11 a.m. near the main hangar at Minter Field. Organized by the Minter Field Air Museum and sponsored by Petsmart, the event will give the local children a chance to meet St. Nick and tell him their Christmas wishes. Opting to rest his mighty team of reindeer, with their international whirlwind looming later this month, Santa will be flown to the event by helicopter. The event is from 10 a.m. to 3 p.m., with estimated touch-down at 11 a.m.

There will be hot chocolate and refreshments available, provided by Chuy's of Bakersfield.

Museum Director Ronald Pierce said that there were over 300 people that attended last year's event, so they are encouraging everyone to make the trip to Minter Field and to not miss this chance to rub elbows with the jolly old fellow. 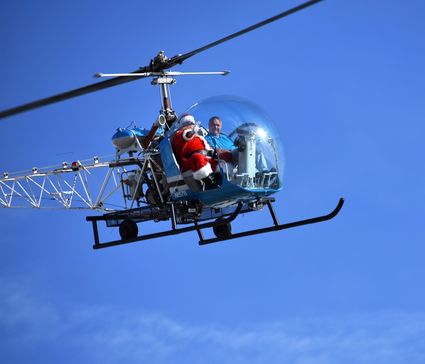 Santa will be touching down at about 11 a.m.

Mrs. Claus will also be there, helping to hand out stuffed animals to the children. There will be plenty of helpful elves on hand to help as well, thanks to the girls of the California Pin-ups for Patriots. This group serves and recognizes veterans at a variety of functions, such as parades, fly-ins and dinners.

If you haven't visited the museum in a while, this will be a perfect time to do it. The museum regularly changes and makes additions to their many displays that are set up, depicting every major conflict in our country's military history.

One major addition to the museum is the expansion of their Army Air Corps exhibit. With the expansion, they are looking for anyone that has any pictures from the 1930s, when they were building on the Minter Field Base, all the way to the 1960s, so they will be able to fill their expanded space. Pierce said that the museum can copy any photos or news items from that era that is brought in.