A New York Deli in heart of Shafter 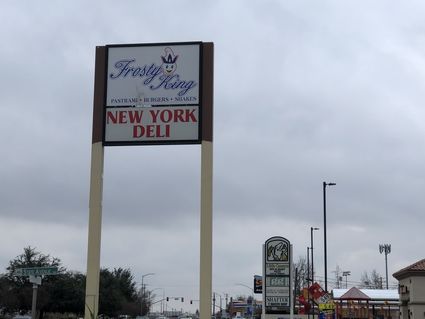 The New York Deli opened when the owners relocated from their previous home on Lerdo Highway.

Everyone knows what you are doing if you say "I'm going to the King."

The King is Frosty King, the fast food restaurant that focuses on great food and service. For over 20 years, Sammy Ayash and company had been serving Shafter with burgers, chicken, fries, onion rings and also a good variety of dessert items such as sundaes, shakes, freezes and floats.

What some people don't know is that the building also houses the New York Deli.

Ayash said that he got the idea of the deli when they were advised that their old building off of Lerdo Highway and Central Valley Highway was being sold. Ayash went looking for a suitable location and found it just down the street at 683.

Frosty King had enjoyed the success of their pastrami sandwich, which many, including Shafter resident Juan Guerrero, called "the best pastrami in Kern County." Wanting to build on this reputation, Ayash thought that opening a deli would fill a need in Shafter. "I wanted to have a place with real, fresh meats and cheeses that people love when they are wanting something other than a burger."

The deli offers a variety of meats, including the pastrami, along with roast beef, ham and chicken. They also have deli staples such as tuna, and fresh rolls to put the meats on. 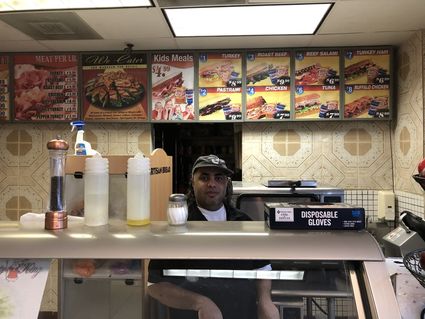 "The pastrami is probably our bestseller, with the roast beef selling really well, too," Ayash said. The staff at the New York Deli is friendly and skilled at making sandwiches. They don't skimp on the meat, either, with a sandwich piled high with meat and any veggies that you want.

They also offer a fresh-cut deli salad, filled with choice of meat, tomatoes, lettuce, olives, onions and whatever other vegetables that you would want. "It is like a chopped-up sub sandwich. It is just terrific," Guerrero said.

This one-stop shop for lunch and dinner complement each other, with Frosty King handling the customers who are yearning for a great burger and fries, or a chicken teriyaki bowl, and the deli serving those who want a sandwich.

It's a good choice when you can't make up your mind.