Soldier will be remembered Friday 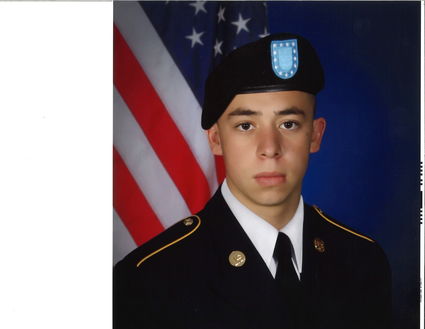 Private First Class Daniel Rodriguez, 19, of Shafter, will be laid to rest on Friday after passing away on Dec. 15 in Texhoma, Texas, while on his way home for the holidays. Rodriguez graduated from Shafter High School in 2018 and then joined the U.S. Army.

Rodriguez was in the news last December when he surprised his nieces and nephews at their schools after being away for six months. Rodriguez went to Redwood Elementary School and the reunion with his nephews, Ruben Leon, Angel Leon and Robert Leon was captured on local television.

Rodriguez was escorted by the Patriot Guard and the Shafter Police Department on Monday night, for his last ride home to Shafter.

Rodriguez died on Dec.17, at approximately 5 a.m. in Sherman County, Texas, when, according to accident reports, he attempted to pass a vehicle and hit another vehicle head-on, resulting in both vehicles erupting in flames.

Killed in the accident were Rodriguez and two occupants in the other vehicle, an adult, 31, and a 13-year-old boy. A 37-year-old occupant of the other vehicle escaped the burning car and was transported to a local hospital with life-threatening injuries.

After basic training, Rodriguez was awarded the Army Achievement Medal. He then attended 91H AIT in Fort Lee, Va. He graduated from AIT and was then stationed in Fort Riley, Kan. He also had a unit rotation of nine months in 2019 to Poland and Germany. While in Germany, Rodriguez earned his spurs for completing a spur ride.

The funeral service will be Friday morning at 10:30 a.m. at Basham & Lara Funeral Care at 343 State Ave. Following the service, Rodriguez will have a police escort on the way to Shafter Memorial Cemetery for the burial. A viewing will be held at Basham & Lara on Thursday, Jan. 2 from 5 to 9 p.m.