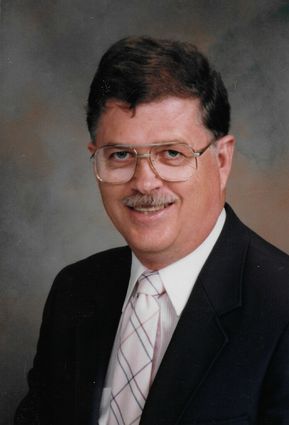 Gerald "Jerry" Royce Deaton passed from this earth on Jan. 2, 2020. He was born on Aug. 19, 1934, in Whittier to Roscoe and Lois Deaton. Jerry lived much of his childhood in Yucaipa, and graduated from Redlands High School in 1952. After high school, he attended and graduated from Chapman College, and it was at Chapman that he met Janice Leighton. Jerry and Jan married in 1956, and from 1958 through 1968 had 5 children together -- Steven, Sherri, Shana, Shelley and Scott.

In the late '50s and early '60s, Jerry attended seminary and was ordained as a minister in the Disciples of Christ church in April 1961. Through the 1960s, and into the '70s, he was an associate minister, first at the Glendale Christian Church and then at the First Christian Church of Bakersfield (now Mill Creek Christian Church), and then the senior pastor of the Covina Christian Church.

Jerry's greatest passion as a pastor was working with the youth of the church and the community. While working with the youth at Glendale, Jerry read an article in the Reader's Digest, "Mexico's Amazing Instant Schools," about a quick way of building schools in remote areas of Mexico that the villagers themselves could help build. He and a fellow youth minister decided that might be a good spring break project for their youth groups. They connected with the architect in Mexico, and in 1963, groups of youth began spending spring breaks doing good works in Mexico.

In the summer of 1964, Jerry and Jan and several dear friends took 40 youth from Southern California churches on a cross-country tour of Christian church colleges, social centers, churches and schools. And in 1967, Jerry and Jan were asked to be adult sponsors for a Bakersfield YMCA-sponsored youth trip to Europe, accompanying local graduating high school seniors.

It was in the early 1970s that Jerry recognized his love for counseling others, and he worked to earn his master's degree in marriage/family/child counseling. He was one of the first with this designation in California. Jerry was a therapist for many years, until retiring in the early 2000s. During that time, he also managed two senior facilities for Christian Church Homes in Redding, where he lived with his second wife, Carol.

Jerry was preceded in death by his parents, Roscoe and Lois; his brother, Raymond; and his children Steven and Shelley.

A memorial service for Jerry will be held Saturday, Jan. 11, at 4 p.m. at the Ford Theater in Shafter, with a viewing on Friday, Jan. 10, from 4 to 8 p.m. at Peters Funeral Home in Shafter.