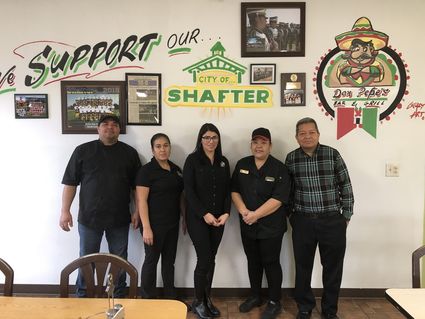 In the two years Don Pepe's has been open, building a reputation as a family-oriented, friendly restaurant for Shafter. Owner Jose Martinez has been successful in his vision, with the restaurant having a loyal customer base that is growing all the time.

In a move intended to expand their following, the restaurant is unveiling a new menu that includes its popular Mexican fare along with American food, including burgers, sandwiches and pizza.

Martinez bought the restaurant in 2017 and said that he wanted to have a place that Shafter residents could go for a great meal and a good experience. He was wise in how to attain it. "I am a farmer and don't know a lot about the restaurant business, but I have always heard that you don't have to be the best, but need to hire the best."

Martinez believes he's done just that, with Manager Pedro Flores running the restaurant and chef Miguel Alcaraz in the kitchen. Both men have over 25 years of experience, a lot of which was in Puerto Vallarta, Mexico, working in the food and hotel industry before making the move to Shafter.

They have a total of 28 members of the staff.

Don Pepe's serves a great variety of Mexican favorites such as fajitas, enchiladas, tacos, and an assortment of seafood including a popular bacon-wrapped shrimp dish. With the addition of the American dishes, the customer base is expected to grow. If you are in the mood for some breakfast for lunch or dinner, just ask for their breakfast menu, which is available any time of the day.

They also boast a bar that stays busy during the week and is packed on the weekends, with Happy Hour Monday through Friday from 2 to 7 p.m. and all day on Saturdays and Sundays. They also have a daily special.

Flores said that the restaurant, which was formerly known as Don Perico's, had enjoyed some success, but just prior to the purchase, the restaurant went through a period of decline due to the owners' personal problems. 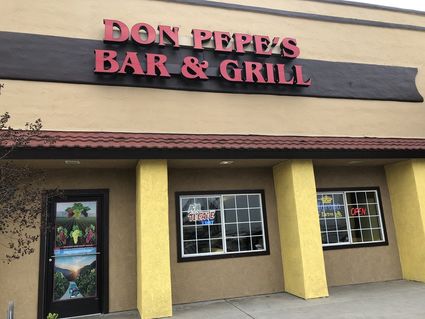 Don Pepe's is unveiling a new menu this week, complete with Mexican and American food.

Since opening under the new name, Flores and his crew have worked hard to rebuild that reputation, and he says it's been a success. "I didn't go there for a couple of years, but have started eating there regularly again, With the new owners, it is like night and day," said Alfredo Juarez, who eats there with his family at least once a week.

Martinez said that they are not just looking to be a success, but also are looking to give back to the community that has welcomed them so openly. "We try to support the community as much as we can, sponsoring teams, clubs and organizations. I love this community and think that it is a great place to raise a family," commented Martinez.

Flores also said that the popular buffet that they offer is available Monday through Friday from 11 a.m. to 2 p.m. Sunday brunch is from 10 a.m. to 2 p.m.

Flores added that if you drive by on Wednesdays and Friday you will see them barbecuing ribs, tri-tip and chicken outside on the grill, another draw for diners.