'The Big Secret' to open Colours 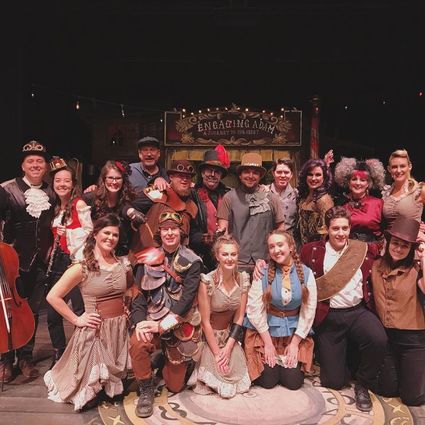 The Shafter PRess"The Big Secret" will be coming to Shafter later this month. No, the "secret" is not that Shafter is full of talented individuals – that secret has been out ever since a group of Shafter residents decided to celebrate the arts with an annual weekend festival. The secret that is coming is the latest play by Shafter resident, farmer and playwright Larry Starrh.

The play will lead off this year's Colours Festival at Shafter's Ford Theater Feb. 20-23. All performances are at 7:30 p.m. except Sunday, which will be at 2 p.m.

Starrh has entertained audiences during the festival since its inception, delivering a variety of productions.

"The Big Secret" tells the story of Lester, a dirt-poor farmer dealing with the weather, the rigors of farming and life with his wife, Ella Mae. Throw into the mix the challenge of raising a daughter who is in love with a missionary to a labor camp, and it becomes a struggle for Lester to balance his work, family and finances. When he and his friend Manny, the local farrier working on horses' hooves, decide to embark on a secret project, they have a remarkable awakening.

The show is about legacies, families, faith and secrets. Everyone has a secret – some are just bigger than others. The play is full of music and unique characters. 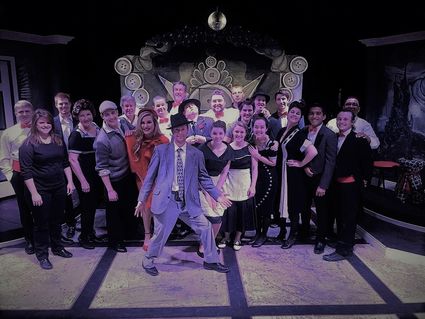 Audiences enjoyed "Dangerous Curves," a play that brought back images of the film noir age.

Starrh has been a mainstay of the festival since the beginning. He and a group of people believed that Shafter would enjoy an opportunity to experience different forms of art spread out over a weekend, allowing local residents a chance to display their talents. In addition to farming, Starrh has years of experience in the arts and a degree in musical theater. With the Colours Festival, Starrh and company have brought people together around a love for the arts and provided an opportunity for that love to be expressed in a public arena.

"I found that Kern County has a boatload of talented people, but they spend their days hard at work, often putting their passions for art and music on the back burner," said Starrh. "I know it was kind of crazy, but I love creating music and shows and have been surrounded by a wonderful group of people who share that passion."