A wonderful world of Colours

Not just a run in the park 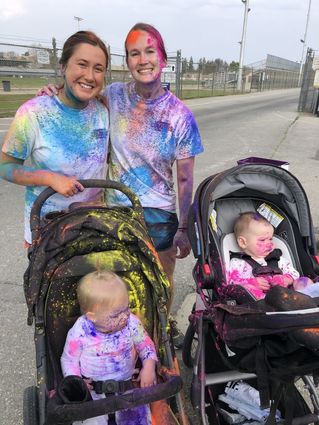 Mannel Park was the site for a variety of activities during the 2020 Shafter Colours Festival this past Saturday. Even the appearance of rain couldn't dampen the spirits of the participants and the crowd that enjoyed the festivities.

The morning started just down the street from Mannel Park with the Shafter Colours Fun Run/Walk. This event has been one of the most popular of the festival since its inception, with the participants running or walking a course of stations in which the participants are doused with blasts color. By the time they reach the finish line they look like a Jackson Pollack painting.

Noteworthy is a special participant who has competed in the event since the beginning of the festival and has played a key role in its success. Helen Gaede, who directs the Shafter Kiddie College, has been an integral part of the event from the beginning, and she still laces up her sneakers and finishes the course as she approaches the 80-year-old mark.

The day was filled with music as the Shafter High Jazz Band entertained the crowd with a bunch of standards from the big band swing days. Led by advisor Phillip Bustamante, the band plays a variety of selections from the '40s and '50s.

For the car enthusiasts, there was a Car Show at the park, with over two dozen vehicles on display, including classic dream cars, hot rods and loaded pickups. Attendees could get an up-close look at the vehicles, with some of them with their hoods up, exposing some lovingly built, restored and maintained engines.

Folklorico dancers performed throughout the afternoon, with a variety of groups showing their talents. The performers ranged from the Redwood Elementary Eagles Folklorico to the Shafter Senior Folklorico Dancers. The event brought this rich tradition to life, with the bright, colorful costumes, the intricate footwork and choreography and the passion that fills the folklorico genre. Deanna Rodriguez-Root and her daughter, Brandi Root, have been an important part of keeping the art of folklorico alive in Shafter, teaching several groups in town and letting their passion for the art infuse the hearts of the rest of the city. 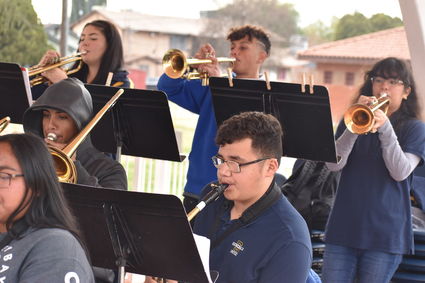 The Shafter High Jazz Band entertained the crowd with "Music at the Park."

Later in the afternoon, it was time for the annual Chili Cook-Off. The number of entrants were down this year due to a list of restrictions put in by the Health Department that made the cooking process more regulated than in the past.

What the competition lacked in numbers, it made up for in variety and taste, the judges said. Each recipe had its own distinct flavor and degree of heat. There was an entrant with Italian sausage, another one with what some say is a "true chili," with no beans in the mix.

Scott Hurlbert was back with his fiery concoction. Mack Attack and Team Toews entered blends of meat, chilis and a mellow flavor with a hint of heat.

But, the overall winner of the event was Zeb Smith, with his Cowboy Chili. His recipe was flavorful, chunky and full of attitude. It won the People's Choice by 10 votes to capture the trophy and bragging rights for the next year.