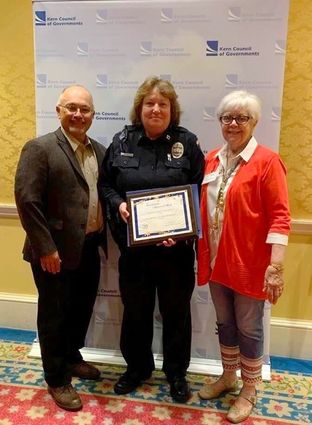 Captain Diana Burnett of the Shafter Police Department was honored by the Kern Council of Governments with this year's Richard A. Maxwell Public Safety Award.

Burnett has been with the Shafter Police Department for over 27 years and has blazed the way for women in the department with a host of firsst to her credit. The Kern Council of Governments recently held their annual regional awards event at the Seven Oaks Country Club in Bakersfield. 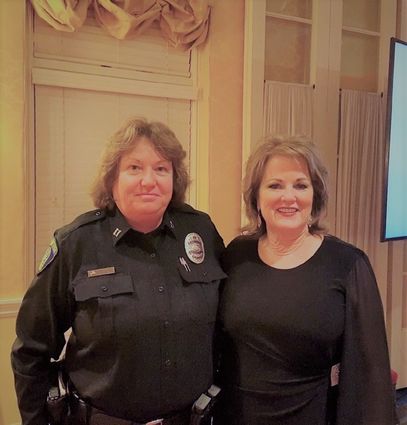 She began her career with the city when the population was around 7,000. She has served a number of various assignments throughout the years. Burnett earned the trust of her fellow officers, as well as the community of Shafter, as she excelled professionally into her leadership positions, serving the city with a humble attitude.

Burnett continues to be a model of loyalty and commitment for the city of Shafter and the Shafter Police Department, says Chief Kevin Zimmermann. "We are extremely proud of what Diana has been able to accomplish these many years, and we look forward to working with her during the years to come."