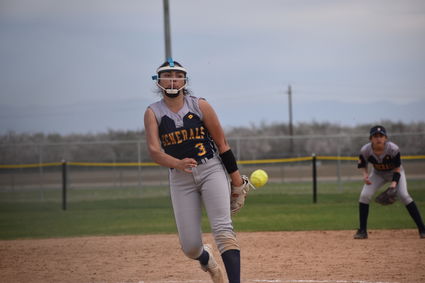 All of the spring sports in Kern County High Schools have been suspended at least until April 14. The California Interscholastic Federation says that there is still a possibility of the sports programs saving the remainder of their seasons if it is deemed safe to do so according to the federal Centers for Disease Control and the Kern County Public Health Department.

Principal Russell Shipley said that they are still waiting on word from the CIF of any updates to the situation. The CIF, as of March 18, put out a statement that they had not ruled out the possibility of programs having a shortened season and the possibility of the post-season in the different sports.

Until that time, no programs at any of the schools is allowed to practice on or off the fields.

The spring season for the schools had just began to kick into high gear, with the majority of the programs preparing for league play. Shipley said that it is sad to see the sports teams not being able to play but thinks that it is the best thing for all involved. “We are waiting on word and will be following the recommendations of the CIF, who are ruling on this matter.”

The Lady Generals softball team had opened up their season in promising fashion, capturing the championship in their own tournament to open the season. They beat such powerhouses as Bakersfield High and Stockdale High on their way to the title.

Alicia Pompa, shortstop for the Lady Generals said, was disappointed. “We are truly devastated. We wanted this year to be our year and unfortunately it’s not going as planned.”

The girls are still hopeful that they will get that chance.

“Not being able to work with one another and build each other up as the season goes along is heartbreaking. Hopefully, this virus can be put under control so we can get back on our field, playing the game we love soon,” Pompa said.