Students can still get breakfast, lunch 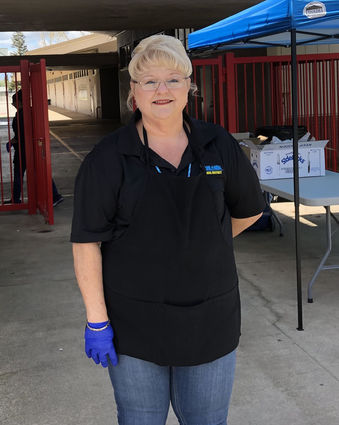 With schools in the area closed temporarily, there was a void to fill if students were still to be served breakfast and lunch despite not having class.

Details were ironed out and a plan was put into operation when the announcement came that all Kern County schools would close March 18 through at least the end of the regularly scheduled spring break, ending on April 13.

With many kids in the area depending on school breakfast and lunch programs, the district knew it was essential to provide an option. On Thursday, the first day of operations, each school in Shafter had over 700 meals prepared and ready to be handed out. Golden Oak, Sequoia, Redwood and Richland Junior High used their bus valet areas to set up a portable station with paper bags each containing a lunch for the day and a breakfast for the next day. Parents pulled up in the valet area and were handed a bag from the cafeteria staff, creating an assembly line that was steady for the hour and a half that it was in operation. 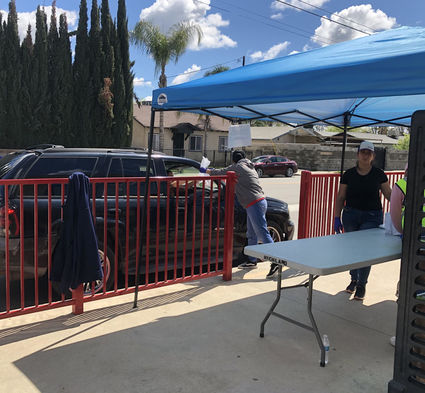 The cafeteria staff used the bus valet area to hand out meals.

According to Jennifer Ashmore, the cafeteria lead at Golden Oak Elementary, they served over 500 meals on Friday. Contrary to what a lot of people believe about the program, it is not just for the students of one particular school. Ashmore said, "The program is for any child between the ages of 2 years and 18 years old. We will serve anyone between those ages, no matter what school they go to."

Not forgetting children who live on the outskirts of town, meals are also prepared and delivered to two locations every day. Meals are handed out at Smith's Corner from 11:15 to 11:45 a.m. and at the bus stop at La Colonia from 12 to 12:30 p.m. This schedule will be observed from March 29 to April 3.

Lunches will not be provided from April 6 to April 13, as it is the regularly scheduled spring break period.