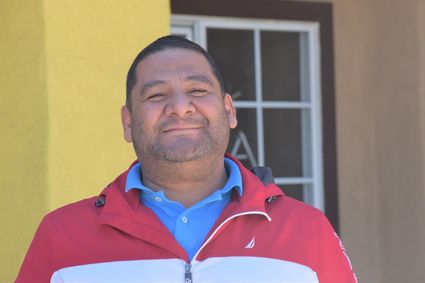 Owner Jose Martinez enjoys helping the community any way he can.

Don Pepe's Restaurant and owner Jose Martinez not only cooked up good food this past week, but also cooked up some good old community spirit.

Martinez had decided to close its doors amid the coronavirus situation to redo the floors of the restaurant. Looking at what they had, Martinez decided that they would cook the food and give it away to the community.

Residents started lining up at 10 a.m., and they served plates of food, including chile verde and enchiladas until 3 p.m. Martinez said that on Wednesday they served around 300 meals. 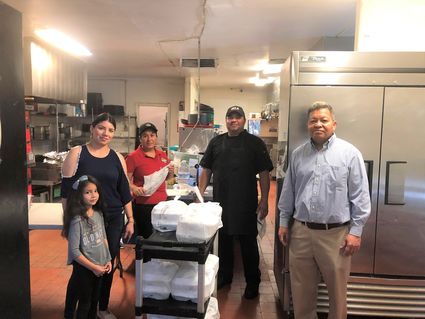 The crew at Don Pepe's, including chef Miguel Alcaraz and manager Pedro Flores, worked last week to give back to the community.

Don Pepe's has been a mainstay in Shafter for several years, with the restaurant having a rebirth in 2017 when Martinez took it over, rebuilding an eatery that had become stagnant under the old ownership amid personal problems.

"We love this community, and we do everything we can to help them," Martinez said.

On Thursday, there was another line of people waiting for the to-go plates offered. With Chef Miguel Alcaraz and Manager Pedro Flores, the restaurant has been serving people all week. Originally the idea was to use up the food that they would have lost with their doors closed for the revamping. But the response was overwhelming, and the plan changed. "At first we were just going to cook up the food we had on hand, giving back to the community. But the response was so big that we ended up going out and buying more food so we could finish off the week."

Martinez said that he is looking forward to having their doors open as soon as possible and will always be there for the people of Shafter.