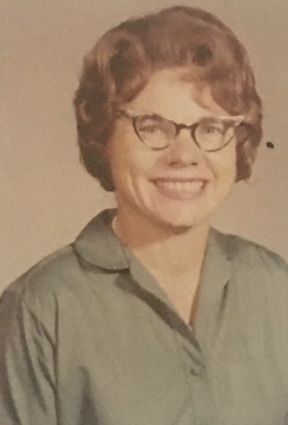 Her family and friends were the joy of her life. They, in turn, felt blessed to have shared this love. Marge was preceded in death by her husband of 67 years, Nathan Vern; and siblings Helen, Ruby, Paul and Tom.

Her father as an Arizona pioneer -- he owned the motel, grocery store and lumber yard in Maricopa after 1898. Graduating from North High School in 1942, she joined her older brother, Paul, in Washington D.C. where he was working as a Senate page for Sen. Earnest McFarland. After passing security and service exams, Marge worked for U.S. Attorney General Francis Biddle.

Marge returned to the Phoenix area in 1943 and enrolled in Phoenix College as a business major. Marge met Vern in the summer of 1943 while working at Luke Field. Vern and his squadron were training Chinese cadets to fly AT-6 and P40s. At that time, she worked closely with future Arizona Gov. Rose Perica, later Mofford, for the Arizona Tax Commission and Arizona Highways.

Marge and Vern were married on May 27,1945. In 1952, studies were resumed and was graduated from Arizona State University in 1955 with a degree in education. In 1956 Marge, Vern and the family moved to Shafter for Vern's work. Marge taught 4th grade at Richland Elementary School from 1956 to 1964.

Upon returning to the Phoenix area, she took a job with the Madison School District. She first taught for a number of years, then became principal. Retiring in 1987, Marge continued within the Madison District as a consultant for another 13 years, serving as interim superintendent and administrator of federal programs.

Also serving five years with ASU-West supervising student teachers, she was appointed by Gov. Rose Mofford to a term on the Arizona Juvenile Justice Commission. Marge was a member of the Tempe Women's Club.

A Celebration of Life will be planned for a future date.