Friend of animals stuck in shelters 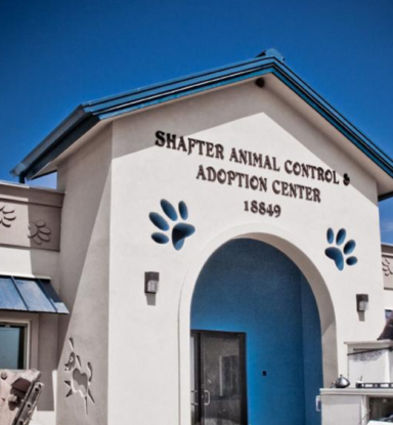 The Shafter Animal Control offices are still closed to the public. Animals being cared for during pandemic.

In this time of crisis, some of residents can easily be overlooked – those of the four-legged variety.

Nick Riddick and his staff at Animal Control still are keeping their focus on the safety and well-being of those residents who don't have voices of their own.

The offices and shelter of the Shafter Animal Control are closed to the public because of the local state of emergency that was declared by city leaders. However, the department is still in operation and remains dedicated to serving the animals of Shafter.

The modified operation and hours can be found in an update posted on the City of Shafter's website. Even though the offices are closed to the public, services such as licensing can be completed by appointment only.

According to Riddick, officers are still patrolling the city and continue to pick up stray animals and respond to service calls as needed.

"We are encouraging people to call the department if they find an animal wandering the streets or one who might have been hit by a vehicle and needs attention."

Adoptions at the shelter have been suspended until an all-clear is given and the Stay at Home order has been lifted.

With adoptions being suspended and the department still fulfilling its duties in the city, this means an increase in animals at the shelter. Riddick said that even with the current situation, the shelter is not nearing capacity and has a message to Shafter pet owners that will keep the shelter in good standing.

"We want to make sure that pet owners realize that their pets are an important part of their families and need to be taken care of during this time. Keep a close eye on your pets and make sure that they stay in their yards and are not allowed to roam. This will keep the spaces in the shelter open for those animals who do not currently have a home."

There is still staff that is caring for the facility during the closure, keeping it clean, the animals well-cared for, and up and ready for the re-opening. "We are making sure that our department and our facility will be ready whenever we get the go-ahead to open," Riddick said.