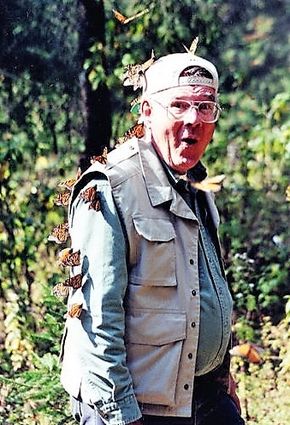 John Nickelsen, devoted husband, principled father, and fair-minded businessman, passed away at his home in Carpinteria on April 11, 2020. He was 93.

John was born in Albert Lea Minnesota on Sept. 9, 1926, and grew up in Dubuque, Iowa. Parents Emmett and Florence, who were both in the military, raised him to have a strong work ethic, which John passed on to his children. One of his first jobs was to deliver the local paper. Back then, the fee was collected on the route.

His family moved to California, where he graduated from San Rafael High School in 1944. He served in the U.S. Navy Dental Corps during World War II, and then studied entomology at UC Berkeley, where he graduated with a bachelor of science degree from the College of Agriculture.

Shortly after, he started Supervised Control Service, the first independent field checking service for farmers in the California. The business began in Dos Palos and expanded to Shafter, where he served farmers of the Southern San Joaquin Valley for more than 50 years. His first account in the Valley was Blue Moon Ranch in Buttonwillow. In all, he served 95 growers with more than 100,000 acres in Kern, Tulare and Fresno counties.

He was the also the founder of Insect Lore -- which began in his home office on Oak Street in Shafter -- obtaining the patent for caterpillar media, or food, for painted lady butterfly kits.

John was a founding member of the Association of Applied Insect Ecologies, the Entomological Society of America and the Cal Alumni Association. He was named Cotton Consultant of the Year by the National Cotton Council and recognized by the Shafter Chamber of Commerce for outstanding contributions in agriculture. He also worked with 4-H youth, leading entomology projects.

He and his wife, Virginia, who met in San Francisco, married on Treasure Island in 1956. They have four children -- Dana Lessley (Ronald), Lance Nickelsen, Kara Anderson (Steven) and Nona Matthews (George) -- and one grandchild, Scarlett Matthews.

He loved working in his vegetable garden, and working the barbeque at backyard parties. He also enjoyed taking his family skiing at Mammoth Mountain and to the beach before the start of school in September.

In later years, John and Virginia enjoyed fun and quirky outings with a close group of friends known as the Flat Tire Group. They retired in Carpinteria, where he continued his gardening, and traveled to interesting places across the globe. He was a kind, gentle, honest man who loved his family deeply.

Starting his business out at 10 cents an acre, he proved that an independent field checking business could be successful when guided by one simple philosophy: "Farmers demand good pest control; they want what is needed, when it is needed and nothing more." Keep sweeping, John.