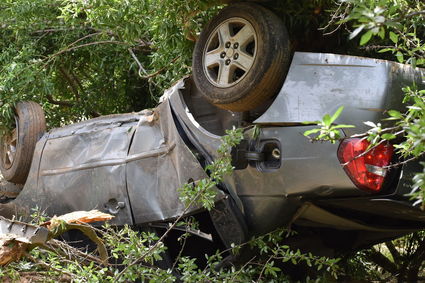 The vehicle ended up on its top two rows of trees deep in the orchard.

A last-minute use of a seat belt may have saved a man from serious injury in a recent auto accident..

Two men escaped with minor scrapes and bruises when the vehicle they were traveling in crashed into an orchard off of Lerdo Highway last week. 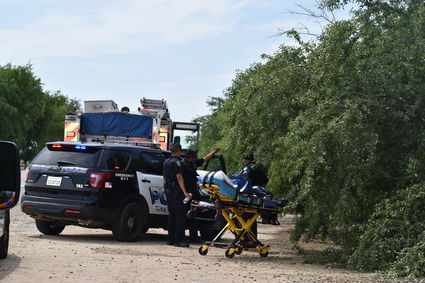 Emergency crews were ready to help, but both occupants escaped a single-car crash with no major injuries.

On May 5 at approximately 2 p.m., Shafter Police Department officers were dispatched to Lerdo Highway, just east of Driver Road, responding to a report of a single-car accident.

Upon arrival, officers found a grey sedan upside down, two rows deep in the orchard off of Lerdo Highway. They learned that there were two occupants in the vehicle. Officers said that the men were lucky to escape the accident with no serious injuries. They also mentioned that the passenger of the vehicle told officers that he had just put his seat belt on moments before the accident occurred.

Officers said that it appears the driver of the vehicle left the roadway and rolled over. The car continued on after hitting the first tree nearest the shoulder of the road, taking out two more trees before landing on its top, coming to rest. The accident is still being investigated.