Froam the archives of The Shafter Press 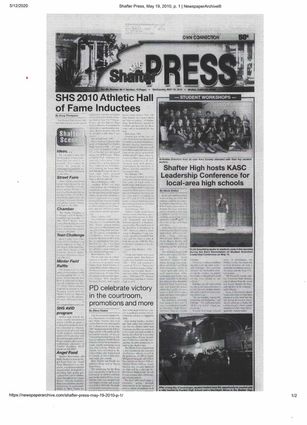 A ceremony for some former Shafter High School athletes inducted in Shafter's Athletic Hall of Fame. Among were Dave Anderson (1947), Steven Rodriguez (1948) and Scott Peterson (1983).

Band members from Shafter and Wasco were a part of The Golden Empire Suns Youth Band representing California. The band was invited to perform on July 4, 1990, in Washington, D.C., to celebrate the 200th birthday of the U.S. Constitution.