Some local businesses open up with announcement from governor 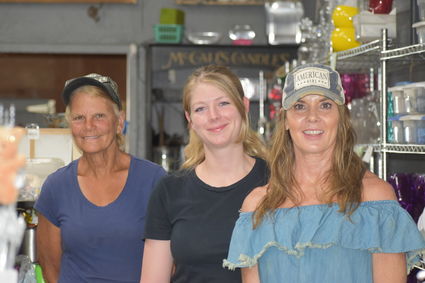 Gov. Gavin Newsom approved Kern County's request to enter Phase II of his masterplan to integrate the openings of local businesses with specific guidelines in the face of the coronavirus pandemic.

In Phase II of his plan, Newsom said that local restaurants and nonessential shops can open while still practicing social distancing. This applies also to restaurants who have been limited to take-out only service since the Stay at Home order had been in place. The announcement resulted in several businesses in Shafter to completely open, ready to serve the public, with full service. Richie Fabrie, owner of Fabrie Jewelers on Central Avenue, was back open, if only for a couple of more days. Fabrie will be closing their doors for good on Saturday, May 23.

"We were actually scheduled to close by April, but with the pandemic situation, it forced me to postpone the closing, allowing us to finish our Closing Store sale."

Fabrie said that they have loved their time in business, for over 60 years, and are very grateful for the community of Shafter.

But there are still a few places that have not opened completely as of Thursday, May 21. La Fonda Restaurant in Shafter, which has enjoyed a brisk take-out business during this time, has elected to keep the service that way until they receive some sort of letter that tells them that they can open their restaurant fully, including dine-in customers.

"I have had a couple of people call us asking if we are opened back up for dine-in, but until we get a notice saying that in writing, we are going to stay open for just take-out," a representative of La Fonda said,

The majority of the restaurants in Shafter have opened back up fully, allowing customers to enjoy a meal at the establishment.

Other non-essential businesses in Shafter have opened, including local cell phone stores and antique and furniture stores.

Local flower shop Sun Country Flowers has seen their business thrive in the pandemic, with owner Carol Reichenbach saying that they have been very busy for the past three months. "We expect to be busy around Mother's Day, but this year, we were busy well before the holiday," Reichenbach said. "We decided to stay open during the virus situation, but we did post a notice that we recommended that the customers call first."

With a lot of the chain grocery stores having very low stock in flowers, the local shop was happy to fill that void. "We have such wonderful customers and they were so supportive," concluded Reichenbach. 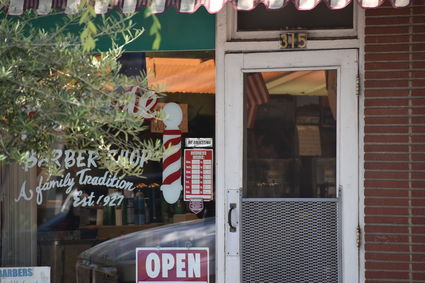 Deluxe Barbershop has been opening for a half day to take care of their loyal customers.

Local restaurants and shops are now allowed to open under Phase 2. A couple of barbershops in town, which are actually not a part of the Phase 2 openings, have been serving customers during various times throughout the Stay at Home order. Elro's Barbershop has had customers in the past three weeks, as well as Deluxe Barbershop on Central Avenue. Owner Tommy Rodriguez said that he has been opening for a half-day the past couple of weeks. "I had to do something, I still had bills to pay. I got most of the customers by appointments. If I knew that I was going to have at least six or seven customers, I would open for a half day."

One major reason Rodriguez decided to take this action was the fact that his bills didn't stop even with the temporary closure of the business. "I have been on a water meter since January. I contacted the city because I was receiving a water bill that was the same amount as when I was open fully." Said Rodriguez. "I wondered why I was receiving a bill totaling the same amount when I had been closed for two months," said Rodriguez. "I was told that this was my bill and it needed to be paid. I thought, well, I have to do something if I was still going to have to pay bills, so I couldn't afford to just stay completely closed."